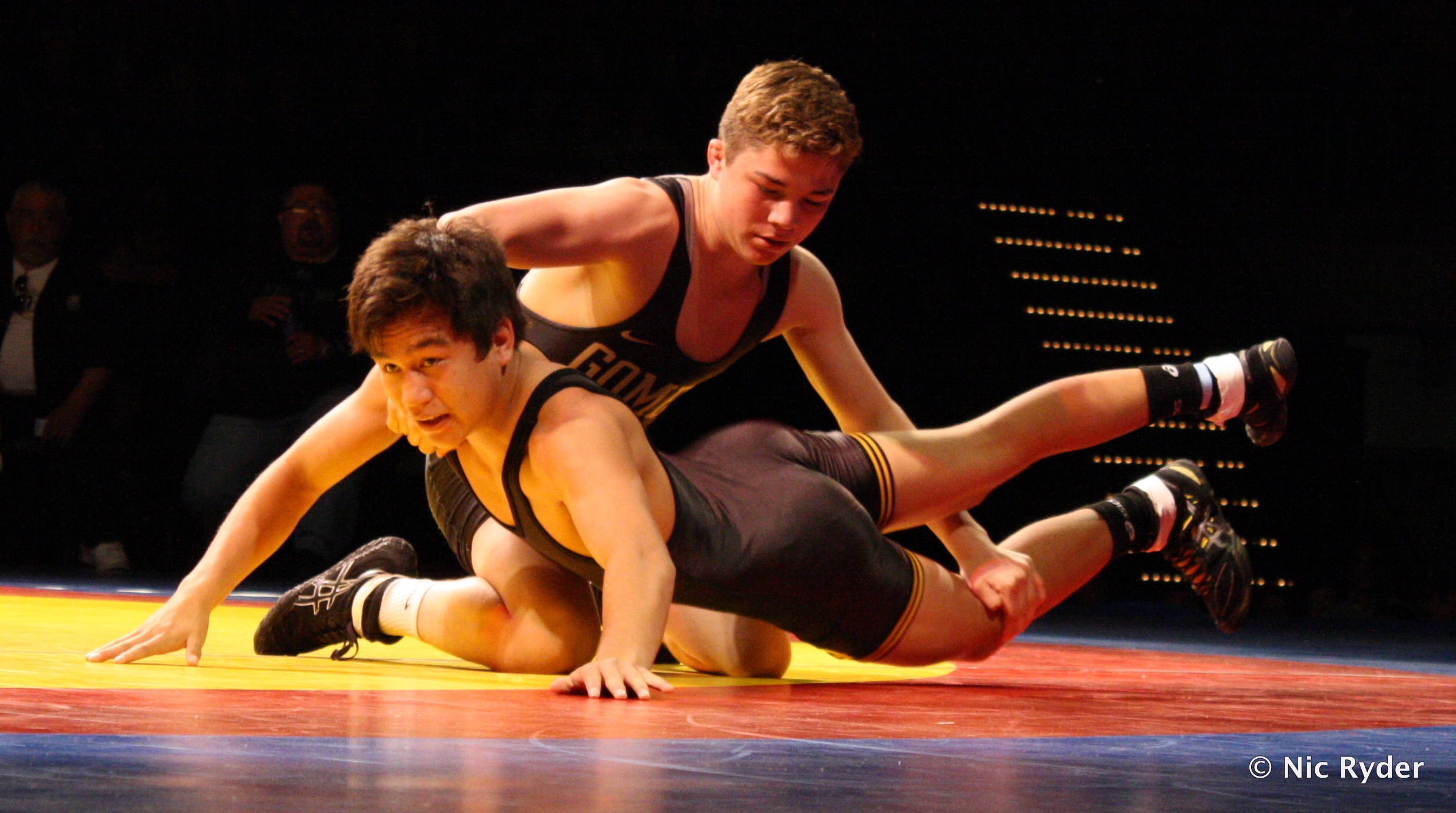 WATCH LIVE at 3:30 Central time today as Austin Gomez talks about his decision to commit to the Iowa State Cyclones.

The Cyclones have struck it big in the recruiting world, as they have landed the #13 overall recruit from the 2017 (Junior) class, Austin Gomez of Illinois. Gomez has a resume that stacks up with just about any other elite talent in the country as some of his most recent success is: 2015 Illinois state champion (defeating top 30 recruit Jason Renteria), Cadet Pan American gold medalist in Freestyle and Greco-Roman (was also named outstanding wrestler in both styles), 2014 Cadet Freestyle and Greco national champion, and this year he took fifth at Fargo Junior Nationals in freestyle.

Aside from being selected to represent the U.S. at Pan Ams, Gomez was also invited to wrestle at the AGON V event last April where he topped Hawkeye commit Justin Mejia in a freestyle battle for the nation’s top 113 pound wrestler at the time. Gomez will make another appearance at a premiere event this fall when he takes on Iowa’s top ranked sophomore and Cadet National runner-up Alex Thomsen at the Night of Conflict.

This a huge addition for the Iowa State program, as Gomez is one of the highest rated recruits to select the Cyclones in coach Kevin Jackson’s tenure. Gomez currently projects as the future of 125 pounds for Iowa State.

One thought on “Austin Gomez Commits to Iowa State”