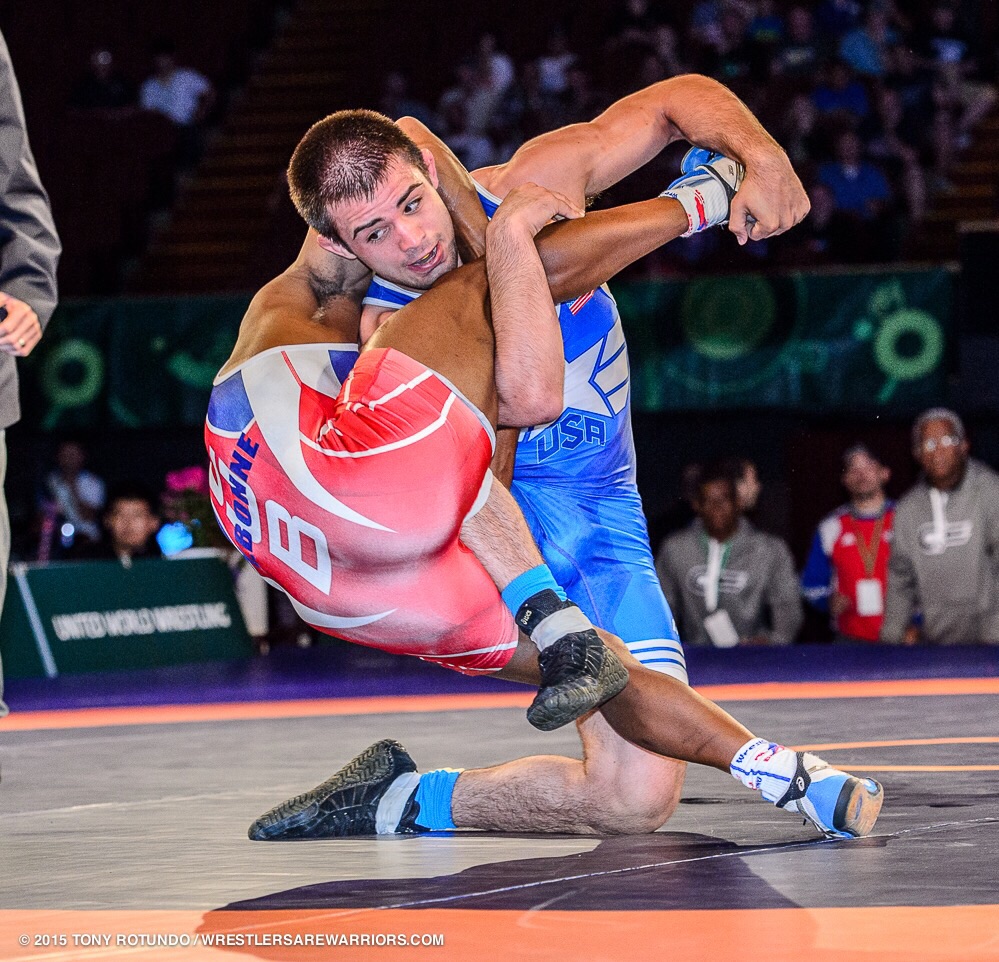 BRACKETS CAN BE FOUND ON TRACK WRESTLING

Hawkeye Wrestling Club’s Tony Ramos has received his draw for the 2015 UWW World Championships and his first round opponent will be Columbia’s Cuero Munoz. Munoz doesn’t show up in the top 20 rankings so as far as a first round opponent goes it’s better than drawing a top ranked guy right off the bat. Even last year when Ramos faced Erdenebat of Monglia in the first round, his opponent was coming off a solid continental championship performance. Ramos should be in a good position first round.

If Ramos does in fact win that sets up a match with either Juan Pablo Gonzalez Crespo (Spain) or Makhmudjon Shavkatov (Uzbekistan) again with neither in the top 20 of the rankings. Everyone at the World tournament is dangerous, so I am in no way suggesting these opponents be taken lightly, but again one has to feel pretty good that Ramos still won’t have one of the weight’s top wrestlers in round two either. To further the caution though, I will add that some Americans feel Ramos is under-ranked at #17. If Ramos is below where some feel he is at 17, certainly some of these opponents are more dangerous than they look because they didn’t make a top 20 list.

The World’s #4 ranked Hassan Rahimi of Iran would be in Ramos’s 1/8 final (just before the quarterfinals), and fans will remember how close that match was at the World Cup, where Rahimi won 5-5 on criteria. As far as style matchups go, Ramos got a fairly decent draw.