Could Vince Turk be the First Freshman to Not Redshirt Under Brands? 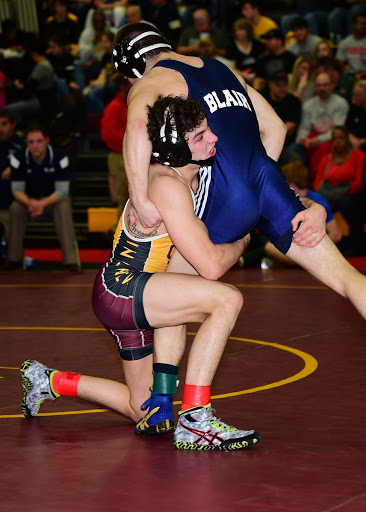 Disclaimer: There are two camps of people in the wrestling world. Someone might say that technically Nathan Burak was the first wrestler in the Tom Brands era to forego the redshirt and wrestle right away as a true freshman, and then there is the other side that will tell you that Burak spent a year at the Olympic Training Center following his high school graduation, so technically he is not a “true” freshman either. Since I believe that most fall into the latter group, for the purposes of this article no “true” freshman has ever started under Tom Brands.

Tom Brands has a rule. It’s not an official rule, but it’s a rule he has stuck to his guns with, no matter how much temptation enter the equation. Going back to the start of Tom Brands’ coaching career (including his stint at Virginia Tech) he has never started a true freshman. And there has been times where I am sure he was tempted. In 2005 he had one of the nation’s top recruiting classes, and rather than start a talent like Brent Metcalf, he redshirted him. In 2010 when Iowa was a top contender for the NCAA title, Brands still opted to redshirt star 157 pound wrestler Derek St. John – even though he looked like a lock to score more points than the other starter.

Tom Brands has another rule, to win.

It’s that second rule that plays a big role in this year’s team as the Iowa Hawkeyes look to replace half of their lineup to graduation. If one particularly examines that 141 pound spot on the Iowa roster, they might find where this post is headed.

Topher Carton is not just the only wrestler with any experience at the weight, he’s the only guy on the roster for that weight – if we aren’t counting incoming freshman. However, we are counting those incoming freshman, and none stands out quite as much as Vince Turk, a wrestler out of Montini Catholic in Illinois.

Iowa is coming off a 2015 season which saw them tie for first in the Big Ten, and take second at the NCAAs. The Hawkeyes return four All-Americans from 2015, and a fifth wrestler (Alex Meyer) has gotten several starts over the past two seasons. Iowa will look to replace their 165 and 285 starters with redshirt freshman, which leaves two holes in the lineup having question marks.

At 157 pounds Brands should have a decent group of wrestlers to compete for the starting spot, with seniors Brody Grothus and Edwin Cooper being expected to be chief among them, which in reality leaves only the 141 spot as a question.

This past year Turk was dominant this season, winning the Illinois state title at 145 pounds instead of wrestling a more natural 138 pounds. Turk competed at one of the nation’s top tournament, the Walsh Ironman taking third. His lone loss was to top ten recruit Matt Kolodzik 4-2, and Turk picked up a big 5-1 win over super freshman David Carr in the tournament.

Word out of the room is that Turk has impressed many with his offense from his feet and the lone question about the freshman right now is his ability to get out from bottom. Not uncommon, in fact it’s one aspect many freshmen need to work on when making the transition.

While I don’t know what is truly going through the Iowa head coach’s mind, I do think that this year may legitimately be the first time to consider pulling a redshirt on a wrestler that earns a starting spot in the room. Turk’s challenge will not be an easy one. Not only will he have to prove to the staff he is the best in the room, but he will also need to show that he can compete on the mat with other teams. He’ll have to show that he is mat ready, and go through a pretty tough Topher Carton in the process.

Last year Ohio State proved that you can win a national title as long as the guys who do make the stand all finish really high. This year Iowa has five talented wrestlers from the #1 ranked 2012 recruiting class that can take on the role of finishing high on the podium in their respective weight classes, but the Hawkeyes will need help from the other five spots to contribute points. If Vince Turk shows that he has the potnential to be the best option at 141 and that he may be able to score points at the national tournament, I think we could be seeing history in the making this season at Iowa.

My parting comment is simply is that if we do see history and Brands pulls the redshirt on Vince Turk, don’t expect to see it week one vs Oklahoma State. The reality is that Brands will want to gauge the progress of his wrestler, which might mean the final decision doesn’t get made until after the Midlands – or January.

One thought on “Could Vince Turk be the First Freshman to Not Redshirt Under Brands?”