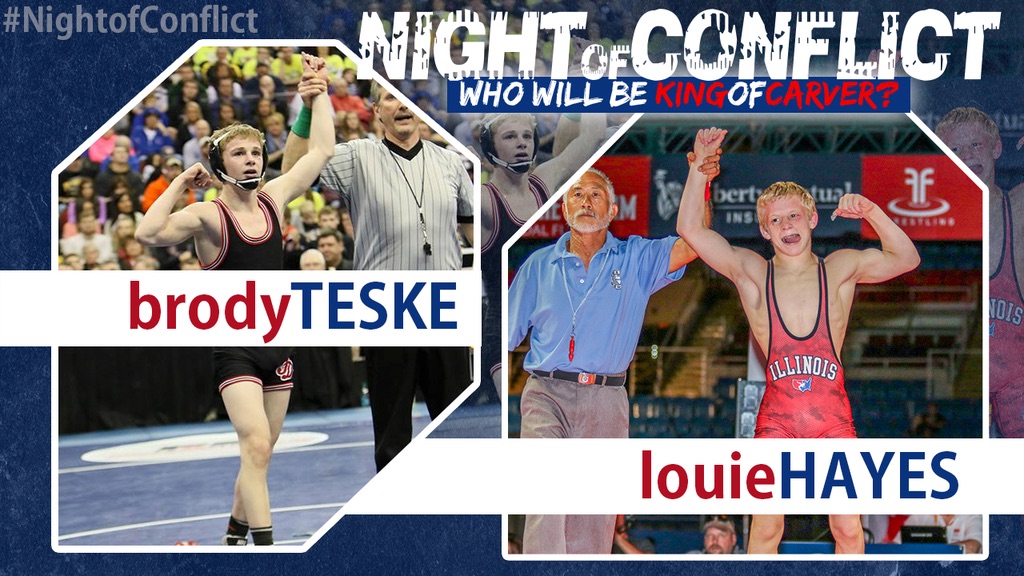 One of the hardest things in wrestling is finding two lightweight wrestlers who can come together and make for an interesting matchup. It is even harder when one of those wrestlers is the #1 ranked guy in the nation, but in our next match we dive into we take a look at top ranked Louie Hayes of Illinois taking on one of Iowa’s top sophomore talents, Brody Teske of Fort Dodge.

Brody Teske (SO)
School: Fort Dodge
College: It’s early, but Oklahoma may be the favorite at the moment.
Credentials: 3A 106 pound state champion as a freshman, ranked #13 at 113 pounds.

Here we have two high powered lightweights going toe-to-toe in one of college wrestling’s most famous venues. Hayes has placed himself among the elite at his weight class, and has the resume to back up his #1 ranking. Teske is not just one of the best wrestlers in a strong 2018 class, but he is one of the best wrestlers the state of Iowa has to offer. This should be a great battle between two of the nation’s finest with some serious ranking implications riding on the outcome of the match.

Teske on Hayes: “I am excited! Hayes is tough, but it’s going to be fun!”

Hayes on Teske: “He obviously is good to be asked to be in this prestigious dual, so I think he’s a good wrestler, but I am confident in my wrestling enough to believe I can beat anyone.”

Teske on the Night of Conflict: “It’s great exposure to show off talent and all the hard work put in by everyone competing in the event, not just me. Having it in Carver just adds more excitement and fun!”

Hayes on the Night of Conflict: “I think it’s a great way for us wrestlers and wrestling fans to grow our sport. Getting some of the best kids to wrestle each other is exciting. Events like this one are cool because you always hear college guys saying how cool it is to wrestle in front of hundreds of people in Carver. It’s cool to get a chance to wrestle where so many great wrestlers have wrestled before.”