Iowa will travel to Nebraska in 2016 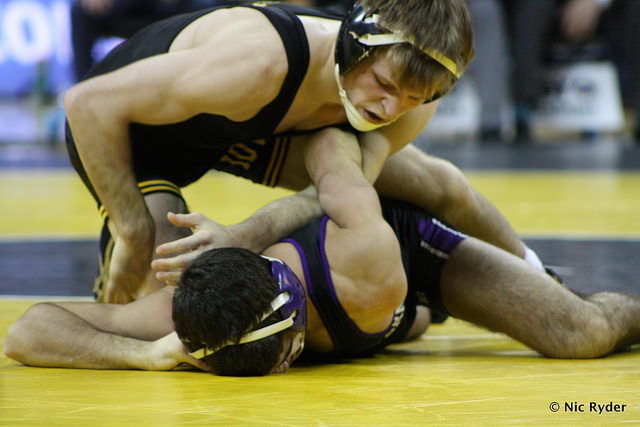 It’s that time of year where schools are slowly getting their schedules for the 2015-16 wrestling season, and while none of the Division I wrestling schools in our state have released their schedules, we can start to get a picture based on other teams that have. For instance, we know both UNI and ISU will travel to Virginia Tech based on Tech releasing their schedule a while back.

It is through that process that we have learned that we have learned that the University of Iowa will head to Lincoln, Nebraska to face the Corn Huskers on January 17th Sunday afternoon dual. Kind of expected to see neighboring state Nebraska back on the schedule after Iowa missed them in 2014-15, but we now know the date in which the dual will occur. The other thing to note on Nebraska’s schedule is that Iowa will catch them a weekend after they have a road trip. Not just any road trip either, as they go back-to-back with Ohio State and Penn State. The Hawkeyes could be catching Nebraska in the middle of a tough stretch, but anymore there aren’t many easy patches in the Big Ten.

The last time these two teams met was January of 2014 where Iowa put up a 22-9 victory in Lincoln. It was in that dual we saw Thomas Gilman gut out a close win over Tim Lambert, followed by a Tony Ramos major decision and Josh Dziewa decision over Iowan Colton McCrystal. Brody Grothus was riding a hot streak at the time, but was upended by Jake Sueflohn and in a battle of future four-time All-Americans, James Green beat Derek St. John 9-7. In the end Nebraska’s middle weights were the only ones able to do damage to the Hawkeyes, and Iowa rolled to a their seventh straight over Nebraska.

Other miscellaneous notes are that the Midlands will be December 29th-30th (which is not surprising, it’s always after Christmas and before the New Year), and while we already knew the NCAA championships would be March 17th-19th in Madison Square Garden in New York City, it was logical to do the math and know that the Big Ten tournament would be March 5th-6th. It is cool, however, to see that the location for the Big Ten’s is Iowa City.

The only other thing we have figured out for Iowa’s schedule is that they will not be on the Michigan State Spartan’s schedule in what will be Tom Minkel’s farewell season. This may be a relief for Michigan State fans, as Iowa has posted two straight shutouts over Michigan State for a combined score of 78-0. You would have to go back to the 2012-13 season for the last time Michigan State won a match against Iowa, which was a 27-12 victory for the Hawkeyes.