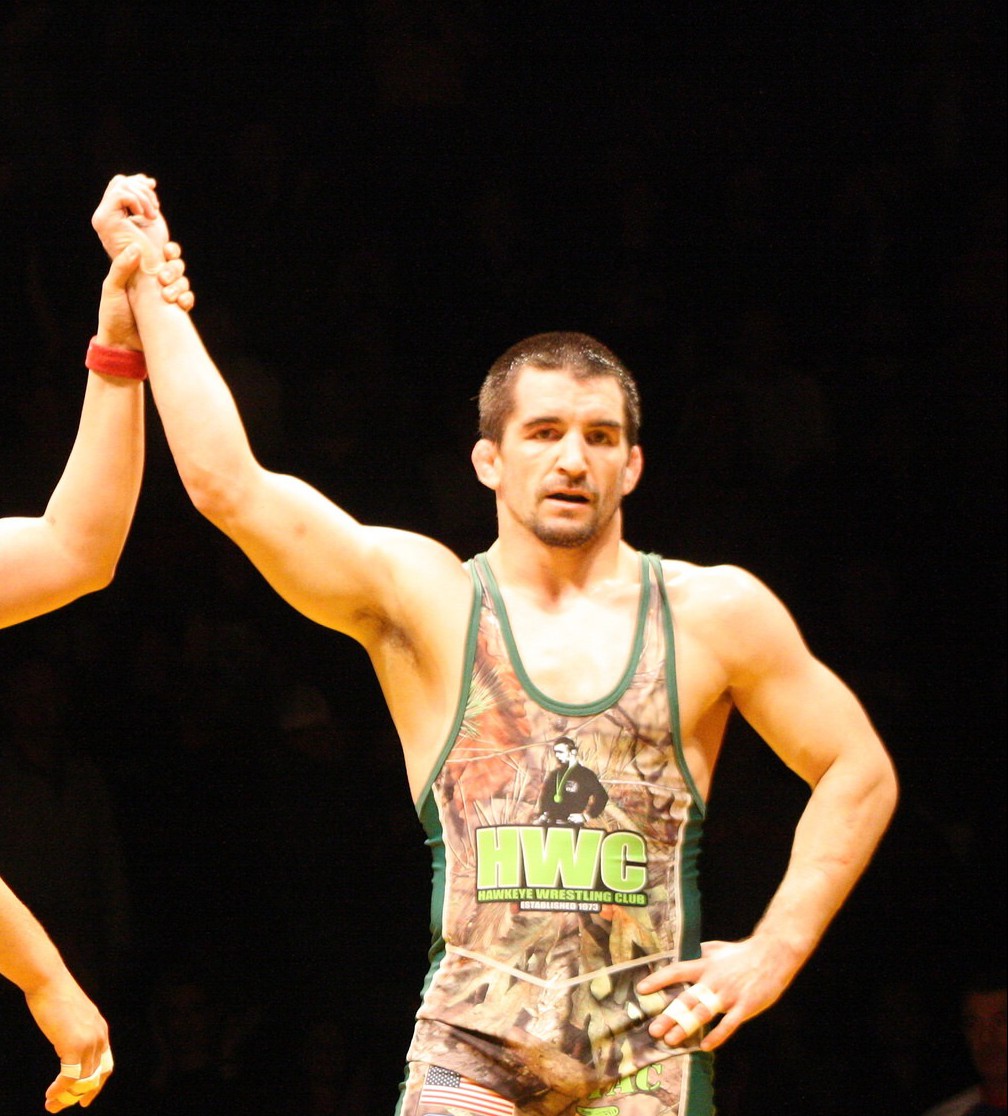 Brent Metcalf has represented the United States at the World Championships on three separate occasions, but each one he has failed to not only live up to the expectations of the fans, but the ridiculous expectations he puts on himself.  Notorious for being hard on himself in both victory and defeat, Metcalf will only be satisfied if the end result is having a “yellow medal” around his neck and the American national anthem playing in Rio next year.

2014 was a special year for Metcalf starting with him going undefeated at the World Cup in Los Angeles at 65 kg. He followed that with an incredible U.S. Open where he outscored his opponents 39-0 on the way to his first national title on the senior level. After winning the trials, Metcalf made his third World team and made it to the second round in Tashkent, before falling to the eventual fifth place finisher Mustafa Kaya of Turkey.

Last year was a positive step forward for Metcalf, who won his first match at the World Championships even if he doesn’t see it that way, “Well, you and the world know what my expectations are and where I wanted to be at last year’s World Championships. From my point of view it was a huge disappointment. I think you take that for what it’s worth and use it as a reminder and motivation to get the job done this year and beyond.”

Metcalf returned to the mat in 2015 determined as ever knowing that he is running out of opportunities to win a World or Olympic medal, he stepped up the competition, traveling to the Ivan Yarygin where he won silver for the second time in his career, and he followed that with a bronze medal at the Paris Grand Prix a week later. He returned stateside to wrestle again for Team USA at the World Cup, once again going undefeated at 4-0, earning wins over two multi-World medalists along the way.

The surprising thing about the 2015 World Cup was despite the fact they were held in Los Angeles, the Iranian crowd was there in full force for the finals. Just like the World Cup, this year’s World Championships will also be on America’s turf in Las Vegas.

“I think it will be interesting to see the number of USA fans that show up this year for the World Championships in Vegas. Clearly we didn’t have a home field advantage [at the World Cup], but it was still a great atmosphere. That’s what is great about Iranian fans. They are darn good fans of the sport of wrestling. We as Americans better come ready to wrestle and not depend on a “home field advantage” because their competition is fierce and they will be ready to take us out on our own soil if we let them.”

If anything is clear it’s that Metcalf is not ready to give up the reigns of 65 kg weight any time soon. In April he wrestled at AGON V in Cedar Rapids where he defeated the up and coming Aaron Pico. It was the first time Metcalf was able to wrestle in front of his home fans since the 2012 Olympic Trials.

“I think it was a great event. The fans showed up pretty good considering the little amount of advertising and timing they had. Being a Hawkeye, I know what our fans are capable of, so I obviously see room for improvement there. “

“The match ups were great. The competition was entertaining. I think it is the direction that the sport needs to take as far as having opportunities for a real professional league where wrestlers have the opportunity to compete after college regardless of if the can make the one and only spot on the world team.”

After a successful April, it was time for the U.S. Open and once again Metcalf came out on top of a tough weight class. He defeated a tough Jordan Oliver in the finals who is known for being a tough wrestler to score on, “I think I use it as an opportunity to build and get better.” Metcalf said on competing against a wrestler of Oliver’s skill in the Open finals.

“You have to be very aware and stingy when you are wrestling a guy as talented and explosive as Oliver, so it forces me to be better in my positioning and defense. Where I am at now is wrestling hard and smart and finding a way to get to a guy like that and start to open a lead. He is good example of some of the best guys in the world.”

“It was a good performance. Not as “dominant” as last year, but I did some really good things. I came in and did what I wanted to do which was win a nation championship and set myself in a good position leading into the World Team Trails.”

The win at the Open placed Metcalf in a best of three finals to make the World team. For the second straight year Metcalf will have to wait to see which of his opponents win the challenge bracket.

“I prepare like I would any other match: be ready to go from the first whistle. I try and approach every match the same. So I think you maintain that mentality and preparedness, and get ready to go regardless of who comes out of the mini-tournament. The only thing you would add would be to get a good [break] in between the weigh ins and finals so that your body is in tune with your mind.”

One thing Metcalf is happy about is the fact that Iowa City will once again be hosting the Olympic Trials next year, “Iowa City did an awesome job of hosting the Trials in 2012, as I expected. I have a bitter taste in my mouth regarding the result of the trials, so I am excited about the opportunity to capture the opportunity I let go in front our home fans that give so much time and passion for us.”

Metcalf has also been encouraged by the growth of the Hawkeye Wrestling Club, which includes the recent addition of Bobby Telford.

”Our club is certainly growing and gaining strength. I think that is good for me, it is good for our program, and it’s good for USA Wrestling in general. Ultimately we are rooted in the gable philosophy and expectations, so we are proud of what we have done here, but we are certainly starving some GOLD medals.”

This weekend will be Metcalf’s opportunity to make his fourth World team and with it continue his quest for the elusive World medal. The past two years have shown us that Metcalf still is the top guy at this weight and anyone looking to knock him off will have to do something that any American hasn’t been able to do in a long while, beat him twice. Metcalf hasn’t lost to an American since 2013, and judging by his comments, he will be ready to go this weekend in Madison.

One thought on “Three is not Enough – Metcalf wants More”