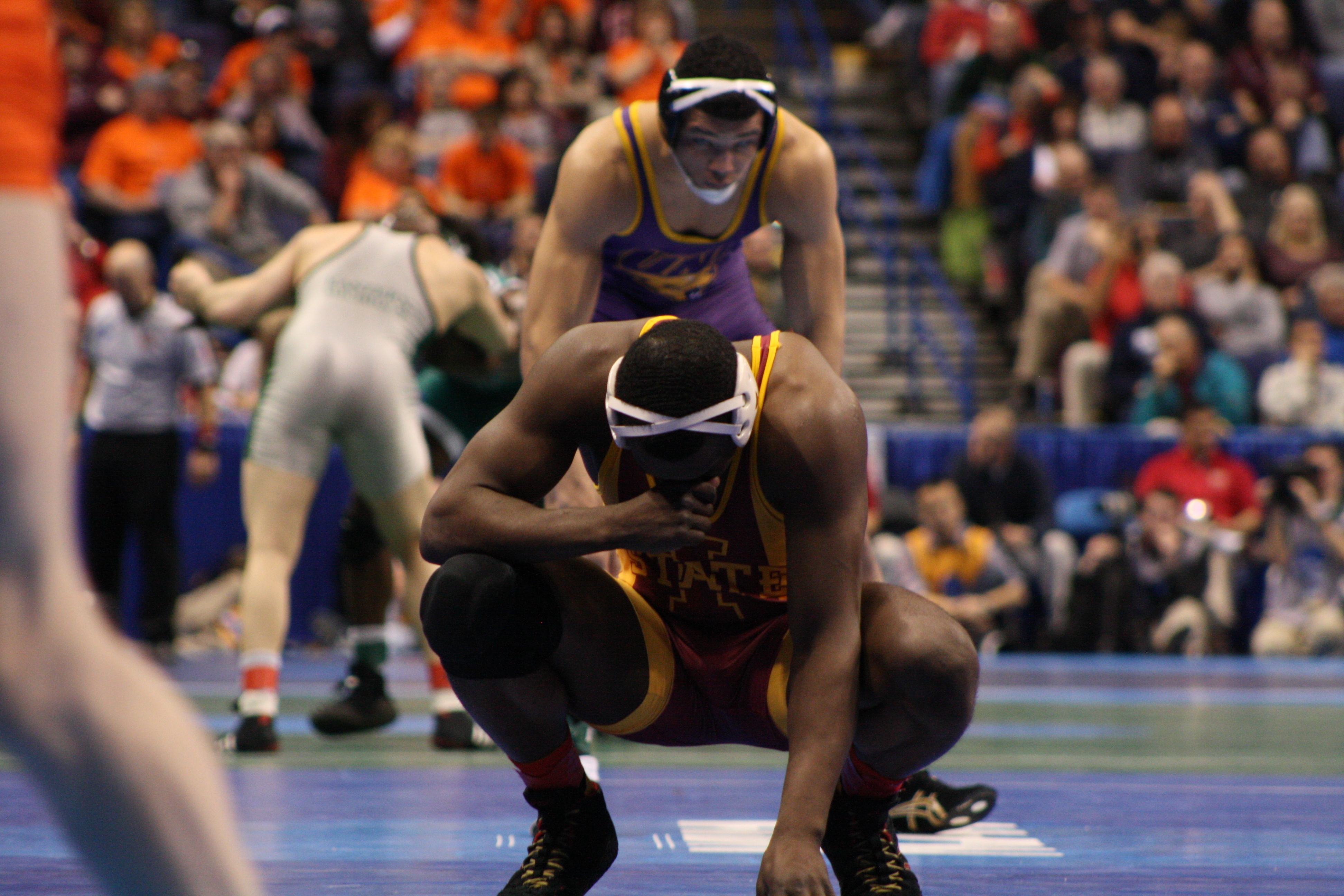 After a scoreless, and shot-less first period, Kyven hit his move, the Gadson (and under/overhook and an inside trip), and Snyder was on his back looking at the lights of the Scottrade Center. Gadson spoke with the media afterwards about his match, and was a little excited to say the least. He spoke about the match, his late father, and what the win means coming from the city of Waterloo.