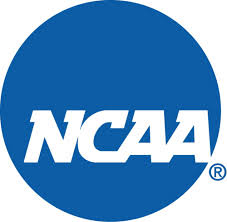 It looks like we got a rematch of the Midlands finals between these two, and last time Dance was able to come out on top with a rather tricky takedown in sudden victory.

These two met earlier in the dual and Clark clearly controlled the match, but since then Hall had put together a fantastic season of upsets pulling hm to the top of this weight class. This next match should be a battle between the former 125 pound All-Americans

The pair are 1-1 on the year, with Dziewa getting the better of Dardanes in the Big Ten semifinals last weekend. Dziewa was able to really control the last match, and Iowa will need his points going forward.

Cooper Moore had a big round for UNI when he took an early 2-0 lead on Nic Sulzer of Virginia before later pinning one the weight’s top seeds. Now he’ll face one of college wrestling’s biggest freshmen stars in Ohio State’s Bo Jordan.

England will look to continue his strong tournament against Reghard of Pittsburgh.

Friesth will have another tough match against the 12 seed Placcio of Cornell.

It looks like we will get Evans vs Storley Part III for the season. Evans has won both meetings with both of them coming after regulation. These two are about as even s it gets.

A rematch from the national duals, Dean was able to come out on the winning end the last time these two met. Brooks was able to pick up revenge against Dom Abounader in his last match, we’ll see if he can continue his trend.

This will be a big match for Weatherspoon who is looking to extend his NCAA tournament against Patrick, who scored a first round upset over Brett Pfarr. On paper these two should be pretty evenly matched.

Miklus picked up a first round win in exciting fashion and will look to continue that now on the backside at 184.

We were robbed of this match early in the season when Burak was dealing with knee issues and Gadson pinned Klapprodt in the dual. Gadson appears motivated picking up a second round fall, but Burak’s second round major decision was a pretty big win.

Telford responded in a veteran fashion with a first period fall in the consolation bracket after he was upset in this morning’s round. That is the kind of thing Iowa is going to need to continue to stay a top this race.

Cabell has so far made it to seed making the quarterfinals. If you don’t think that is an accomplishment in itself, check out any bracket. He faces a stiff test with McMullan,, but this year anything can truly happen.

Larson against a tough opponent from Rutgers in Billy Smith. Smith spent part of the season in the top ten so it will be a tough match for the former Ankeny wrestler.