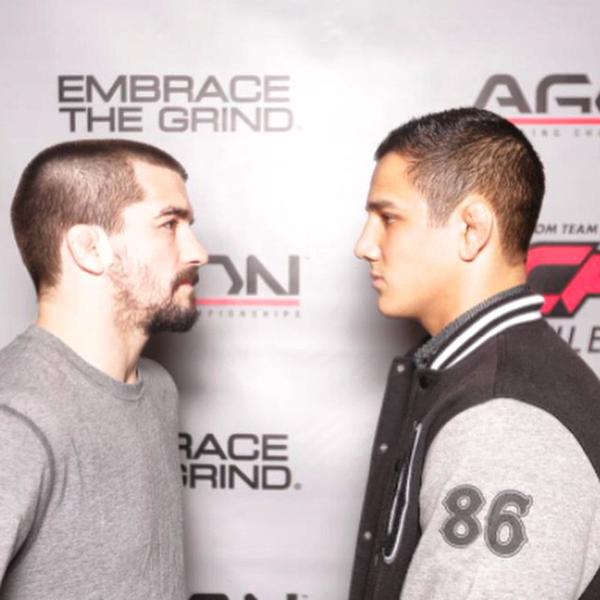 UPDATE: The people at AGON have gone ahead and announced another match to the already stacked card for April 3rd’s Iowa against the World battle royale. For Team Iowa it will be 2015 recruit Mike Kemerer who recently wrapped up his first Pennsylvania state title by downing nationally ranked Pat Duggan in the finals. Mike Kemerer will be going through the gauntlet and will face all of the other four, that’s right four wrestlers, ranked wrestlers in the top five. Kemerer currently holds the number one spot in the rankings, and he defeated #5 Hayden Hidlay 9-4 in his state quarterfinals match. As mentioned he had to defeat #4 Pat Duggan in the finals with a narrow 3-2 win.

This weekend he will have a rematch with his Super 32 finals opponent #3 ranked Max Thomsen from Union high school in Iowa, who he beat 9-4 at the Dapper Dan Classic. Kemerer will represent team Pennsylvania and Thomsen will be the USA all-star selection. He will cap off a brutal month of wrestling by facing Iowa’s Fredy Stroker in the AGON V matchup, ranked #2 in the nation. That will mean within a 28 day stretch, Kemerer will have had to wrestle #2-5 ranked wrestlers all in succession. Give Kemerer credit, he’s not afraid of a challenge.

The Agon Wrestling Club has teased a few announcements for what’s felt like the past few months. It all started with World Team member Brent Metcalf traveling to Las Vegas to pose for a photo with 18 year old phenom Aaron Pico in what was the initial announcement on Twitter that “the present” would battle “the future” as Pico and Metcalf both compete internationally at 65 KG.

Metcalf is the three time World Team member for USA and just recently picked up a silver medal at the Ivan Yarygin and a bronze at the Paris Grand Prix. Pico on the other hand has been dubbed as the future and is one of (in this writer’s opinion) two heirs to USA wrestling. After foregoing his last two years of high school, Pico has seen tremendous success on the senior level, winning a gold medal in Cuba a few weeks ago, defeating Reece Humphry in the process, and also boasts a win over the 2013 World gold medalist. It’s is a fantastic matchup between two wrestlers who love to go “heavy hands” and wear down their opponents, by working their head.

It didn’t take that long for Jason Welch, a former Northwestern wrestler, to come out and announce that he would like another chance at NCAA champion Derek St. John. The world learned on Twitter (through Brent Metcalf) that the North Dakota State assistant coach would accept Welch’s challenge. Which was the second “announced” matchup. St. John a former four-time All-American for the University of Iowa and was a two time finalist. His lone NCAA title came over Jason Welch. St. John is 6-0 in college against Welch.

To keep the ball rolling, Agon then tweeted that 57 KG World Team member Tony Ramos would be joining the fray as he will do battle with former Olympic gold medalist Henry Cejudo. “I am excited for the Cejudo match. Its been something that I have wanted for a long time.” Ramos said.

Ramos is one of the still up and coming wrestlers at his weight class, and is coached by Terry Brands. Terry is the Brands brother who coached Cejudo to his gold medal back in 2008 while he was the coach for USA men’s freestyle. “I think having Terry is just going to make me even more prepared for the match.” Ramos said of his coach, “It going to take me going out there and competing hard for six minutes with heavy ties and getting to the legs and scoring. I am going to be more than prepared and ready. I just have to go out there and do what I do best and that’s wrestle at a high pace and intensity.”

Twitter continuing to be the best source of info, Deron Winn (Cyclone Wrestling Club) announced that he would be taking on former Hawkeye All-American Phil Keddy in a 86 KG battle. Keddy recently finished 5th at the prestigious Ivan Yarygin, knocking off a world medalist in the process. Winn has been fairly active in “all-star” matches as he has wrestled both Jon Reader and Max Askren in FPL bouts, going 1-1.

And as we broke the news last week, high school sophomore Justin Mejia announced that he would be wrestling at the event in a freestyle match against Cadet national champion Austin Gomez from Illinois at 113.

3 thoughts on “AGON V – Wrestling: Iowa vs The World”