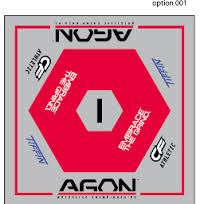 I can confirm that the AGON Wrestling Club event will feature Hawkeye high school sophomore verbal Justin Mejia, has accepted an invitation to wrestle at the AGON event in Cedar Rapids, Iowa on April 3rd at the US Cellular Center. The Clovis wrestling star will take on Illinois native Austin Gomez in a freestyle match as part of the under card to the co-main event featuring Brent Metcalf vs Aaron Pico and Tony Ramos vs Henry Cejudo.

Mejia announced his commitment to the Hawkeyes to us back in November. Since then the returning California state champion has gone on to win a prestigious Doc Buchanan title, and win a meeting with his future teammate Jason Renteria. The wins have moved Mejia up the rankings so he sits #2 on InterMat and Flowrestling.

Mejia’s potential opponent will be none other than Austin Gomez, another highly ranked high school 113, who has risen to #3 in those same rankings after handing Jason Renteria a loss in the 113 Illinois state finals. Gomez is one of the nation’s premier 113 prospects most recently winning a Cadet freestyle national title at Fargo this past July.

Gomez in the Cadet National finals at Fargo:

This match will be in freestyle so while one might assume that Gomez will have the edge, Mejia isn’t afraid of the challenge.

Wrestling in a big stage won’t be much of a concern for the west coast wrestler either, as he saw close to 3,000 fans show up in a dual with rival Buchanan high school when the two top 20 teams squared off this season.

Other Announced matches for Iowa Against The World