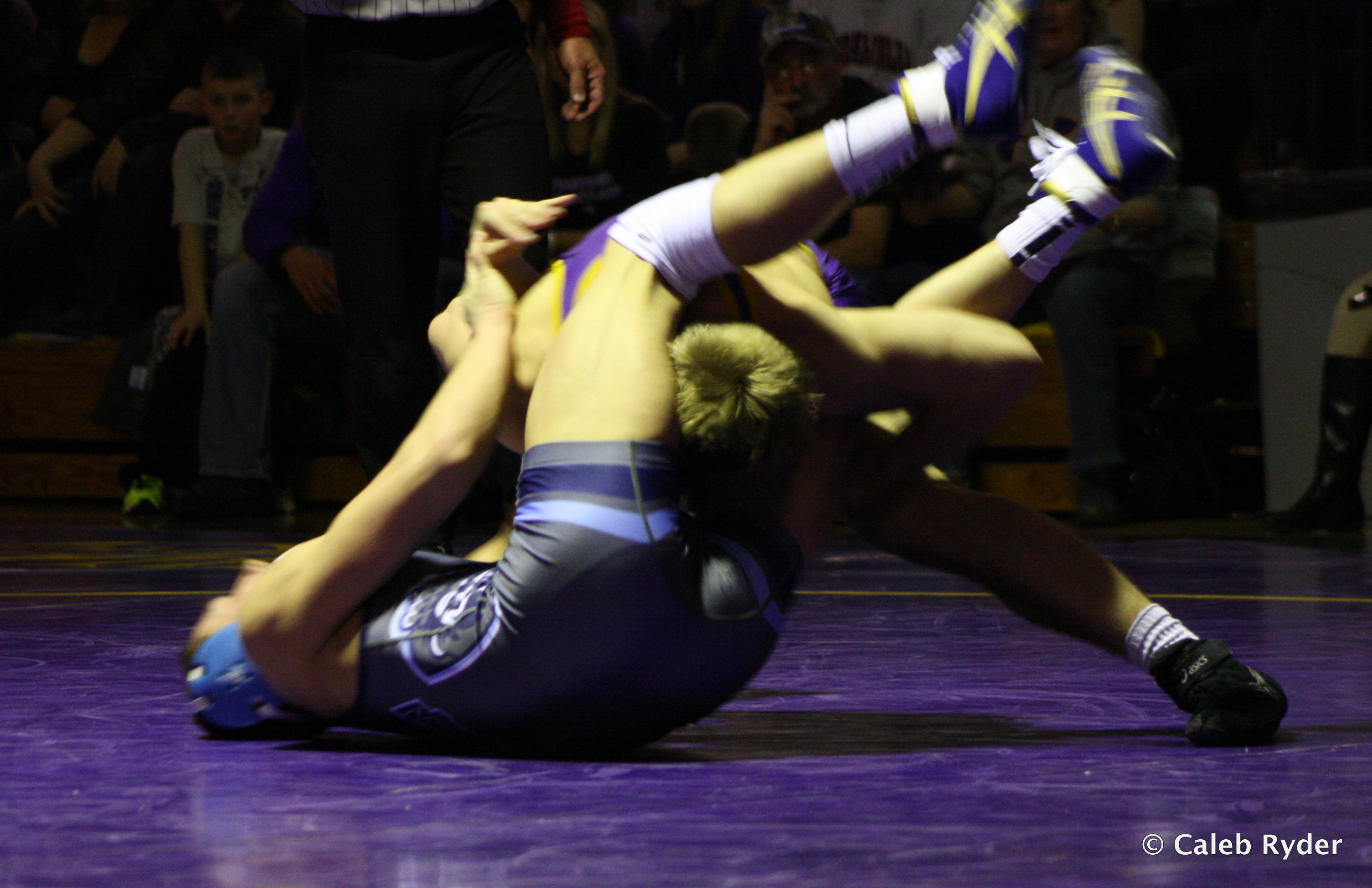 The last dual of season came down to the last match of the night.

And boy was it a doozy.

With about a minute and a half left in the first period, UNI’s 157 pounder Jarrett Jensen ducked in for a shot, trapped TC Warner’s arm as he fought to get out of the move, and put Warner on the mat for the pinfall.

“That was a hell of fireman’s carry wasn’t it? I haven’t seen a fireman’s carry like that in a while. I tell you what that was beautiful,” Head Coach Doug Schwab said of his man. “For our team, there’s no better example for perseverance, and sticking to it, and believing that the work is going to pay off than Jarrett Jensen.”

Jensen’s pinfall came when the Panthers were down, 12-16 in the dual, after Old Dominion’s #10 Alexander Richardson came out and won by major decision, 13-2 over Tyler Patten. Richardson had two cradles and locked up two separate 3-point nearfalls to secure the win.

Old Dominion came in and wrestled their style, and for a while, it worked. The Monarchs came in with a more defensive style that frustrated UNI’s opening lineup. They won the first three matches on the night, highlighted by #15 Tristan Warner scoring the upset over #12 Cooper Moore.

“Cooper Moore…he’s got to wrestle the first three minutes like he wrestled the last two.” Schwab said of his 165 pounder. “We’re not doing enough.”

UNI’s first win on Senior Night came from the only senior in the lineup. Basil Minto hit a low ankle pick and secured a takedown with only a few seconds left in the third period to beat ODU’s Kevin Beazley.

“I had to go out with a win,” Minto said after the dual. “My mom was here so it’s just a good feeling. It put me in a better place than if I would have lost.”

UNI’s Blaize Cabell came in and was effective as always, if not that efficient. He scored five takedowns in his match, but couldn’t get to the sixth to secure the major decision.

“We know we have 45 seconds to get a takedown, and he was working, but the other guy didn’t give him any space there,” Schwab said. “Those are opportunities that we kind of missed.”

After the break #6 Dylan Peters came out and came back after getting taken down early in the first period to win 8-3. Peters had a tough opponent in the MAC’s third ranked wrestler, Brandon Jeske, but he was able to capitalize when he could to secure the win.

133 pounds saw another upset win for UNI. Leighton Gaul came out and got taken down, but he secured a reversal and took Michael Hayes to his back for a three point nearfall. Hayes would come back and lead 6-5 going to the third period, but Gaul had some more reversal magic, as he hit another and had another three point nearfall (and very near a pinfall), before Hayes could fight out of it. Gaul would ride him out to win 12-9.

“That’s a guy that came up and filled a spot for us.” Schwab said of his 133 pounder. “I told him before the meet, I said, ‘You’re going to do something big tonight.’ And he did.”

UNI would drop the next match, 141 pounder Tyler Willers lost 9-2 to #11 Chris Mecate. Willers did a good job of getting up from the bottom position and fighting off a shot by Mecate to keep the loss to a decision. Panther Tyler Patten would drop a major decision to Alexander Richardson at 141, putting the Monarchs on top 16-12.

That’s when Jensen hit his move.

“It’s good for our team to move into the conference [championships],” Schwab said. “You could feel the buzz in this place, I think people are still kind of like, “did that just happen? Jensen’s been the spark, it’s huge for our team.”

UNI finished up the regular season 8-8 on the year in duals and 5-3 in the MAC conference. The Panthers will take two weeks off and then head down to Missouri for the MAC Championships.

“Now we get a few days off and we get ready for the MAC’s, we’ll be our best at the MAC’s and we’ll be even better at the national tournament. I’m looking forward to it, we got a big shot in the arm [tonight].”

Here’s a link to our Flickr page, with all the photos from the dual. Check them out and let us know what you think!