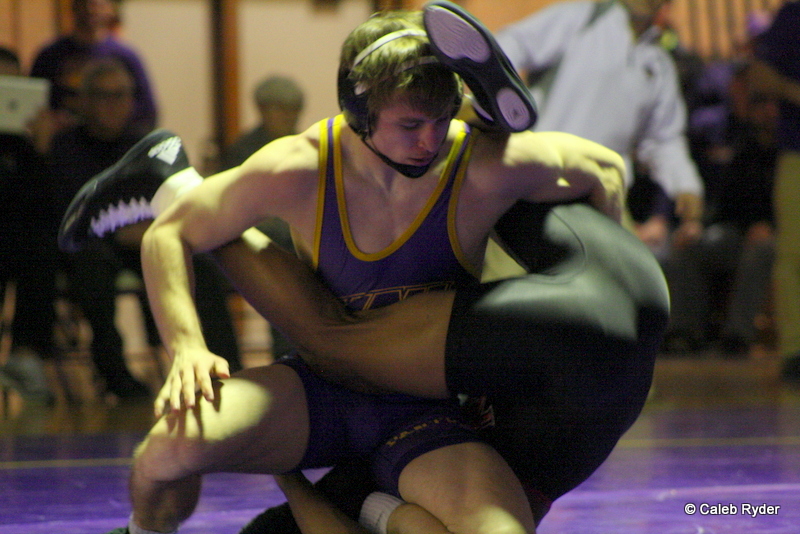 The University of Northern Iowa grapplers will look to bounce back from a disappointing MAC road opener last week as they take on the number three team in the country in Missouri. The two-time defending MAC champions are again an impressive team; they sport an undefeated record and have wins over top ten teams Ohio State (20-19) and Oklahoma State (22-10).

The guys with the most offensive attitude bookend the lineup at 125 and 285. #6 Dylan Peters takes on #2 Alan Waters for the first time in his career. Waters is undefeated coming into this dual, with wins over current #7 Nathan Tomasello from Ohio State and #3 Nahshon Garrett from Cornell. Peters also beat Tomasello earlier this year, but fell to Garrett at the Grapple at the Garden.

“I’m excited to see Dylan Peters compete against this guy [Waters],” Schwab said. “If he wants to put himself up there being one of the best 25 pounders in the country then he needs to beat guys like this.”

A win over Waters would put Peters as the favorite to win the MAC and boost his seed one or two more spots come the NCAA tournament. He will have to keep his offensive attacks going and get to them early. As we saw against #4 Joey Dance, Peters could get to his shots but did not do so until late in the periods.

The heavyweights will be the only other matchup with two ranked wrestlers, as #11 Blaize Cabell will take on #16 Devin Mellon. Cabell delivered Mellon’s second loss of the year, a 6-4 decision back in November at the University of Central Missouri Open. Mellon and Cabell are the 1 and 2 ranked wresters in the MAC, respectively. Cabell can beat Mellon again, and like Peters if he can get to his offense early in the first and second periods this match may not be close. If it does come down to the third though I still like Cabell’s offense and his ability to get in on shots, like we say against #7 Ty Walz.

Those will be the only two matches featuring two nationally ranked wrestlers, but we will see some others between the top four in the MAC. Waters and Peters are one and two in the MAC respectively, but at 157 MAC #3 Jarrett Jensen will see Missouri’s #2 Joey Lavallee. These two have not seen each other yet this year, but Jensen has lost to three conference opponents that Lavallee has already beat. An upset here could give Jensen the second seed in the MAC tournament, if Ian Miller does not get upset the rest of the season.

Top-ranked in the MAC Cooper Moore will take on #4 Mikey England in another top four battle. Moore wrestled without his right arm brace on the entire match last week against Central Michigan’s Jordan Wohlfert, and that led to a 6-3 Moore victory. Moore will look better this week as he is better adjusted to wrestling without it now, and look for him to secure his top spot.

Curt Maas has a tough road ahead of him facing the top MAC wrestler (and number five in the nation) Johnny Eblen. Similar to Jensen, Maas as lost to the two opponents that they have in common, while Eblen beat them both. This is a big opportunity for Maas to really put himself ahead of Kyle Lux for the MAC tournament.

The only other matchup between top MAC wrestlers comes at 184, where #3 Cody Caldwell will take on #1 Willie Miklus. Caldwell and Miklus both have losses to #1 in the country Gabe Dean, but both have wins over Quinton Rosser from Northern Illinois. Again this is a great opportunity for Caldwell, who has been getting some votes to be in the top 25 in some polls. If he can secure this win on the road I think he finally breaks through.

The rest of the matches will all be considerably tough. The only battle between unranked wrestlers comes at 133, where UNI’s Leighton Gaul will take on Zach Synon. Other than that the Panther is looking at, at least, a top six in the nation grappler. Jake Hodges gets the number six man in Lavion Mayes, Gunnar WOlfensperger gets number five Drake Houdashelt, and Basil Minto or Jared Bartel will get number one and defending national champion J’den Cox.

“We’ve got to do a better job on the road, our road record isn’t very good right now. And we’re going to be on the road the next three weeks, so we better get that remedied pretty quickly,” Schwab said of his squads effort on the road. “We have to put more effort out, we have to give ourselves more opportunities.”

The dual can be seen for free on Missouri’s website, MizzouNetwork.com. We will be live in Columbia for the dual from the Hearnes Center, giving updates on our Twitter and we’ll have a play-by-play thread as well. The projected lineups can be found below:

One thought on “UNI Faces Tough Test At #3 Missouri”