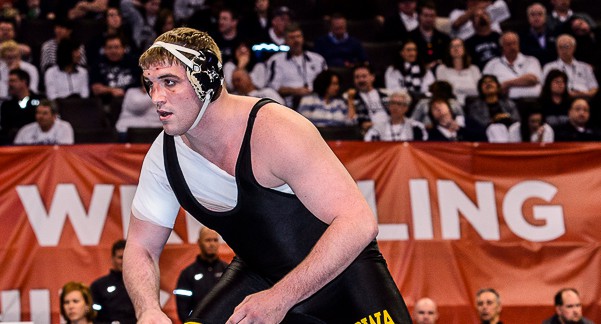 Fresh off his third Midlands final appearance and first Midlands title, Bobby Telford and Indiana’s Taylor Walsh have been named co-Big Ten Wrestlers of the Week.

Telford earns his honor after he defeated #1 ranked Mike McMullan of Northwestern 4-2 in the Midlands finals. Telford also notched a 3-1 win over #5 ranked Connor Medbery of Wisconsin, and he recorded two first period falls against Garrett Ryan (Columbia) and Jake Cochran (Northern Illinois).

Telford is the first Hawkeye to earn the weekly honor since Tony Ramos was the wrestler of the week (January 14, 2014). This was also the first time Telford has earned the honor in his career.

Telford improved to 14-0 with the tournament title this week, and will test that record this Friday when the Hawkeyes travel to Rutgers in Piscataway, New Jersey.