Grapple at the Garden 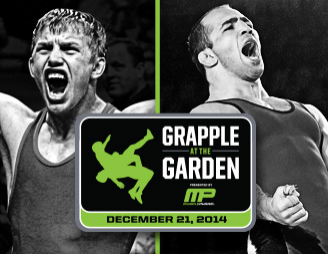 The University of Northern Iowa heads to New York this weekend to wrestle in 3rd annual Grapple at the Garden. The event is being held at Madison Square Garden and features fourteen division I schools. The action starts at 7AM CST on Sunday and will be on FloWrestling.

UNI takes on Duke, Drexel, and number three Cornell in The Word’s Most Famous Arena. Three duals in three hours should not be terribly rough on the Panthers; they are coming off back to back weekend tournaments at the Cliff Keen Invite in Las Vegas and the UNI Open.

What will be new is wrestling in New York City, where next years NCAA Championship will be held. No Panther squad has ever travelled to the Garden before so this years squad looks to get some good experience in before next year. UNI and Duke are the only two squads scheduled to wrestle three duals.

“We’ve got three important duals, to really, I think, get our team together. Head Coach Doug Schwab said of this weekends action. “Anytime you get to take a trip together, a lot of times that can build a lot of camaraderie too as a team.”

The duals should be good tests for UNI going into a bit of break in their schedule; they get two weeks off over the holidays and then come back to the West Gym for conference foe Eastern Michigan. Duke and Drexel could provide a test for UNI, but Cornell comes in with some heavy hitters.

Drexel is 2-3 in duals on the year and they are coming off a 24-16 win over Navy. Drexel has one ranked wrestler, number 15 Kevin Devoy at 133 pounds. It would be a big step in his development if Leighton Gual can get the upset here this weekend.

Duke is coming off a 19-15 come from behind win over Shorter University. The Blue Devils sport three ranked wrestlers: number 17 Marcus Cain at 149, number 17 Immanuel Kerr-Brown at 157, and number 5 Conner Hartman at 197. Hartman has yet to wrestle in a dual meet this year.

Cornell is the number three team in the country and undefeated at 4-0. The Big Red placed 5th at this years Cliff Keen Las Vegas Invite, which included two first place finishes in Nahshon Garrett and Chris Villalonga.

UNI’s Dylan Peters really has the opportunity to see how far his summer training has helped him when he faces Garrett. Peters was dinged up two weeks ago in Las Vegas so we will get to see if he is ready to face the top competition in the country. These are the types of matches that Peters wants to have as he looks to build on a successful season last year.

It does not look like Cornell’s 165 pounder and number six ranked Dylan Palacio will be wrestling this weekend, as he has not to his point this year, so look for Jesse Shanaman to take his place in the lineup. If Cody Caldwell is back up to snuff at 184, look for him to push number seven Gabe Dean to the edge. Last week Caldwell wrestled three matches at the UNI Open, winning all three by a combined score of 24-7.

UNI’s Curt Maas will also have an opportunity to move up in the rankings, taking on Cornell’s Gabe Dean, who was NCCA Champion Ed Ruth’s only loss last season. This month Maas entered the MAC top four for the first time and will look to improve on that this weekend.

Below you can find the probable lineups for each squad, including rankings from Intermat. Here is a link to the complete schedule for the day from Madison Square Garden. IA Wrestle will have all of the results from this weekends duals up as they happen, so check back for results!