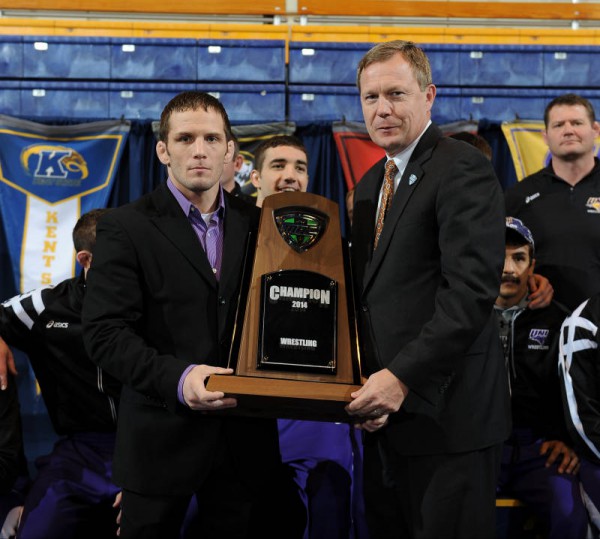 Coach Schwab is off to a great start this recruiting season as he has landed his third top 50 recruit in just two months as Taylor Lujan, a three time state champion out of Georgia announced today he would be attending UNI. If you are like me, you may have been enjoying your Labor day weekend when you discovered this little nugget on Twitter:

Great way to start the day, Always love adding to the family. #PantherTrain

Seeing this great news, one did haven’t to wait very long to discover the identity of the newest Panther addition:

Having already added Iowans Max Thomsen and Bryce Steiert, Schwab has addressed his upperweights by tapping into a resource that has been highly successful for the Schwab mob over the past few years. When trying to name some other notable wrestlers who, like Lujan, also hailed from Georgia one has to look no further than 2014 All-American Joey Lazor and future 141 challenger Jake Hodges. Lujan projects as a 174, and could eventually fill NCAA qualifier Cody Caldwell’s spot in the lineup, if Caldwell doesn’t decide to bump this season.

Lujan is ranked #32 by Earl’s D1 College rankings, and if you are a UNI fan, you should be really excited about a lineup that could look a little something like this:

So far it appear that seven year deal Schwab inked earlier this May is looking like a fantastic idea by UNI’s AD Troy Dannen.