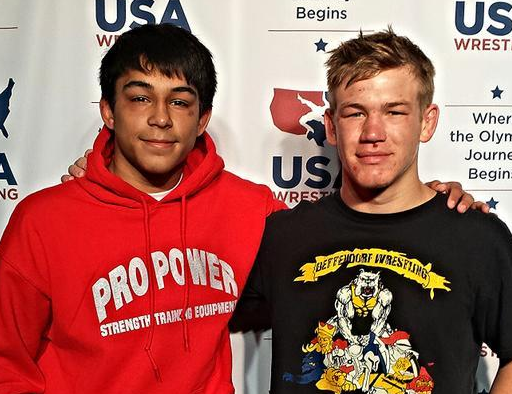 Just a day after Fredy talked about his summer and the college recruiting process with us, Bettendorf wrestler Fredy Stroker has announced that he will be continuing his wrestling career at the University of Minnesota next year. Stroker made his announcement on Twitter:

Stroker is considered by most ranking services to be a top 15 pound-for-pound wrestler in the 2015 recruiting class, and is coming off his second state title in February and a 4th place finish at Fargo this past month. When asked what sold Fredy on Minnesota he responded with, “Everything! The campus, the coaches, and future teammates. A chance to win a NCAA individual title, as well as a team title. Wrestling in the toughest conference, the Big Ten, and the Twin Cities.”

Iowa fans will get to see plenty of Stroker in the coming years, as the Iowa-Minnesota rivalry is one of the best in the Big Ten Conference.

We wish Fredy the best of luck on his upcoming season, and all the best in the future.