Ramos and Moreno Square off for Social Media of Year Athlete 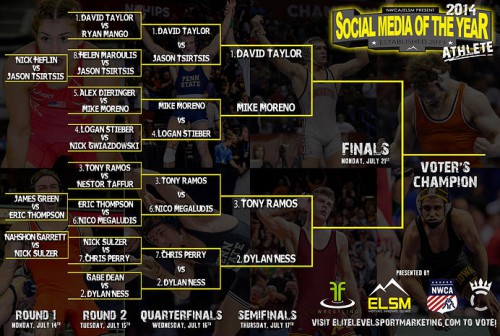 It’s the dream match up, as Iowa State’s Mike Moreno (@Miguel_MapeMob) will be taking on Iowa’s Tony Ramos (@T_Ram133) in a showdown for ELSM’s Social Media of the Year Award. Moreno has come through his side of the bracket unseeded taking out some big names along the way (destroyed David Taylor). Ramos on the other hand was the three seed and much like his NCAA tournament (where he was also the three seed) he has reached the finals and looking to finish the thing off in typical Ramos style. Ramos is undefeated since last December, but Moreno has been riding a remarkable wave of support by the Cyclone Nation. Obviously I won’t try and sway you one way or another, so I will provide you with the link to go HERE to vote for the Iowa wrestler you want to win! 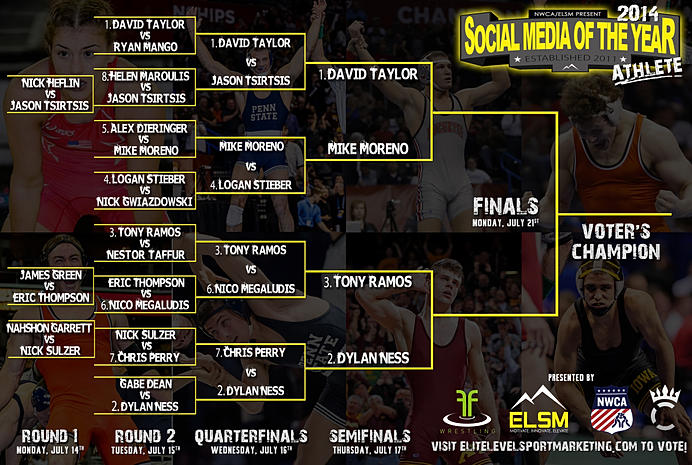 Voting starts at 11 AM Central and ends at 8 PM. You are allowed to vote once per hour, per device.