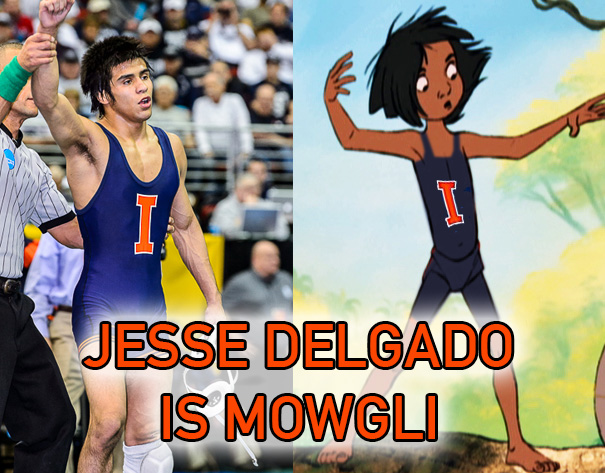 Considering the depth at this weight, Clark had a very solid freshman year. Things got plenty hairy at times and Clark even lost his job to another superfrosh in Thomas Gilman, but Clark was the Iowa 125 pounder come tournament time and finished an impressive 5th in OKC. With the graduation of NCAA Champ Tony Ramos, we’ll most likely see Clark move up to 133 for 2014-2015 and Gilman take his place in the starting lineup. Gilman finished this past season with a 15-3 record (which included wins over AAs #1 Delgado, #6 Peters (Gilman is 3-0 vs. Peters in his career) #7 Cruz and losses to #3 Megaludis, #5 Clark and non-qualifier Brancale). Nationally, there’s some talk that Megaludis finally takes his redshirt year. If that happens, I’d put great odds on a rematch of the 2014 final. These 2 wrestlers (and Megaludis if he’s not redshirting) are in a class by themselves. An intriguing name is Waters (MIZZ), who was redshirted this past season and wrestled 133 unattached. He was pretty successful wrestling 125 his freshman through junior seasons (3-time NQ, 1-time AA losing to Garrett in the 2013 NCAA 3rd place match), but he struggled a bit wrestling up a weight in 2014 and ended up with a 4-4 record (W over #6 Beckman, Ls to #1 Ramos, #2 Graff, #6 Beckman and Willers (UNI Backup)). Waters has the talent to get to the podium, but I’m not sure how he’d handle the bigger weight class. My guess is he moves back down to 125 for his senior season.

READ THE REST OF THE ARTICLE HERE

One thought on “WAAAAY too early look at 2015 NCAA Wrestling Tournament!”