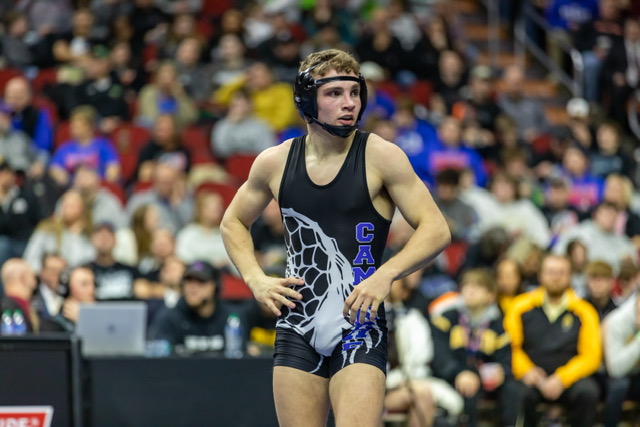 Kirk Hageman was an avid wrestling fan who graduated from Decorah High School in northeast Iowa. He continued to be heavily involved in wrestling after high school and it was a great passion of Kirk’s for his entire life. Kirk was involved in the sport in many ways but most notably, and his favorite, was as a volunteer high school wrestling coach at Richland Center, WI as well as Cedar Rapids Prairie High School in Cedar Rapids, IA. In 2009 Kirk passed away much too young, but his exuberance for wrestling lives on with his family and friends. We now award the Kirk Hageman Memorial Scholarship every year in his memory.

We are proud to announce that this year’s recipient is Eric Kinkaid of Camanche High School. Eric was a four-time state place winner in high school and capped it off with a class 2A 145 pound state title this season after missing much of the year with an injury sustained in football. Kinkaid was involved in numerous sports and activities in high school and also maintained a 4.0 grade point average. He plans to attend Loras College after high school where he will also be a part of the wrestling program.