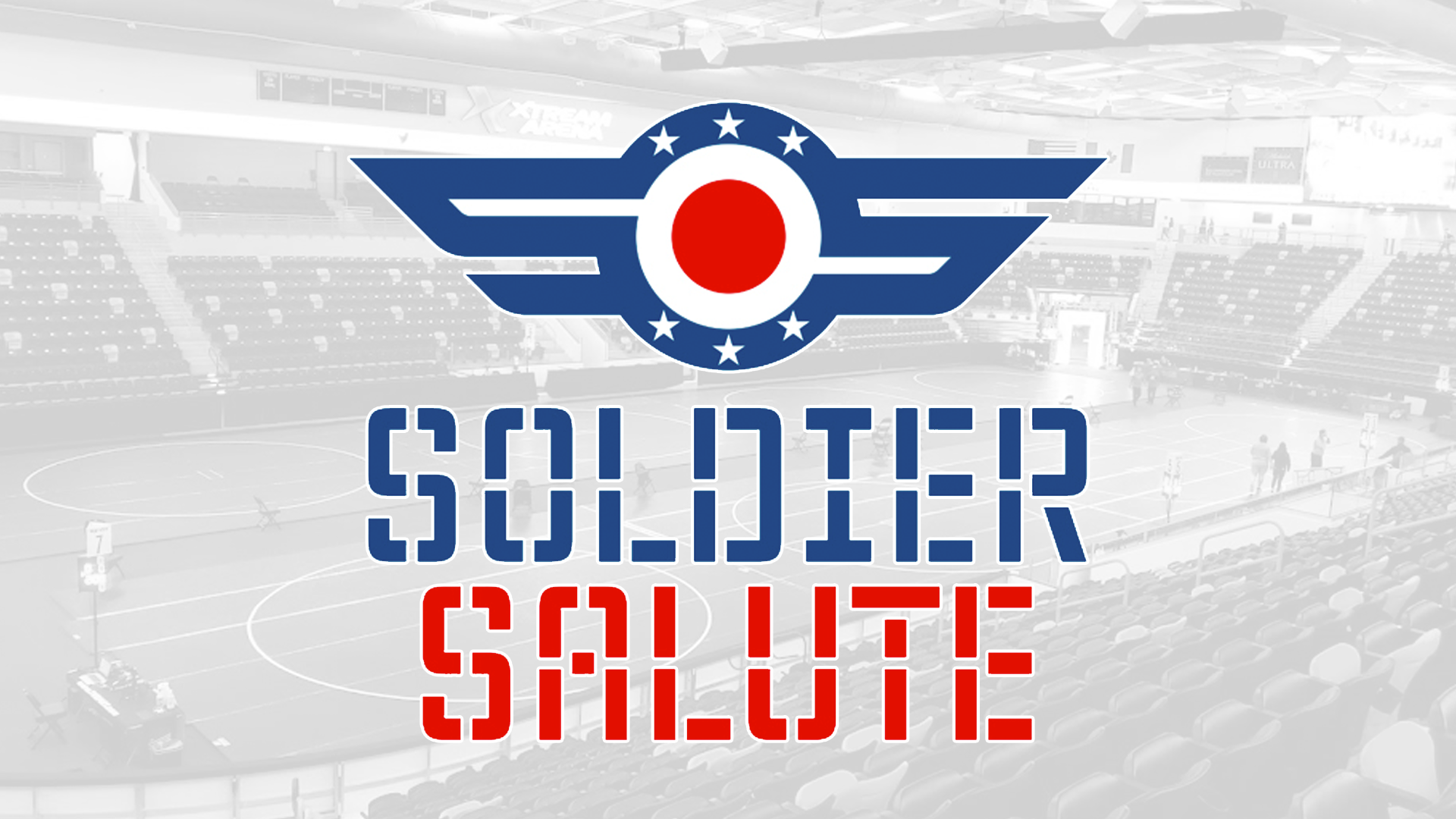 May 11, 2022 – The Iowa City Area Sports Commission along with Think Iowa City and City of Coralville are pleased to announce the creation of Solider Salute, a new wrestling tournament that will take place at Xtream Arena in Coralville, Iowa. The first-year event will include both a women’s and men’s open division with 100% of the tournament proceeds being split between the United Service Organizations (USO) and a development fund targeted towards the continued advancement of girls and women’s wrestling. This new fund will be guided by the participating coaches from the women’s division of Solider Salute

“We are very excited about the creation of this new annual tradition that will honor our nation’s finest men & women. Solider Salute has been an idea we have floated around for more than a decade with Coach Brands and his staff.” said Luke Eustice, Director of the Iowa City Area Sports Commission. “We have been fortunate to host some of the sport’s most high-profile events over the years. Whether that be USA Wrestling’s Olympic Team Trials or United World Wrestling’s Freestyle World Cup. This event is right up there in my book and I know it personally means a great deal to our organization, especially someone like Nathan Eichorst.” Eichorst, a former NCAA official and USAF veteran, will serve as co-director of the tournament.

The Iowa Hawkeyes will bring a full squad to the event that will be co-headlined in its inaugural year by Army, Citadel, and Virginia Military Institute. They will be joined by several other D1 programs and athletes. Columbia University and University of Wyoming having already announced their intention to participate. Life University, Central Methodist University, Iowa Wesleyan University, Indiana Institute of Tech, Simpson College and William Penn University will highlight a few of the women’s programs that will be in attendance. The newly announced Iowa Women’s Wrestling program will also be represented, albeit wrestling unattached in this inaugural year. The University of Iowa program will officially begin competition in the fall of 2023. “We are continuing to connect, almost daily, with coaches from many men’s and women’s programs. We expect a strong field.” added Eustice.

More information on wrestler registration, event tickets or media credentials will be made available in the coming months via the Soldier Salute social media channels. @SoldierSaluteIA on Twitter, Instagram, and Facebook.