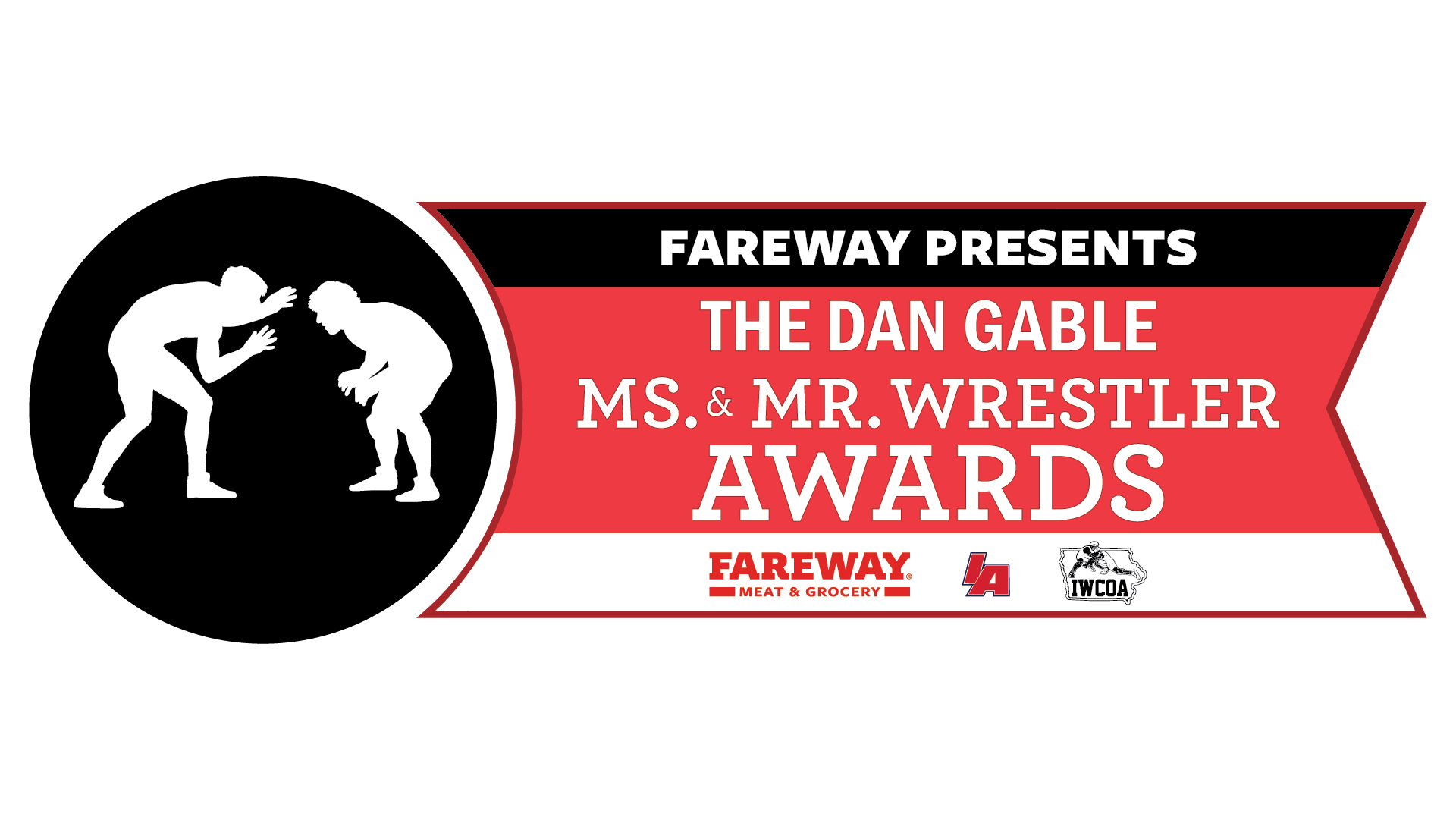 NEWS RELEASE (Boone) – Fareway Stores, Inc. and IAwrestle present the Dan Gable Ms. and Mr. Wrestler of the Year Awards in coordination with the Iowa Wrestling Coaches and Officials Association (IWCOA). Three finalists from each of the three state wrestling classes for the men and combined all classes for the women’s award, regardless of their year in school and weight class, have been selected by fan and IWCOA committee votes.

“The talent level is on the rise in Iowa making the Dan Gable Ms. and Mr. Wrestler Awards selection process very difficult for the committee,” said Founder and CEO of IAwrestle Tony Hager. “Everyone in the top three earned it and IAwrestle looks forward to continuing to cover these wrestlers far beyond high school wrestling.”

All winners will be announced at the awards luncheon banquet:

The Top Three Finalists Include:

About Fareway
Fareway Stores, Inc. is a growing Midwest grocery company currently operating 129 stores in a six-state region. Fareway’s mission is to provide the highest quality products, while treating customers like family, and valuing dedicated employees. Its stores are known for their unmatched, full-service meat departments, farm-fresh produce, and exceptional to-your-car customer service. Fareway is a family-owned business, recognized as a top 10 employer in Iowa, and has more than 12,000 total employees. Visit Fareway.com for more information or shop online by visiting Shop.Fareway.com.

About IAwrestle
IAwrestle.com is an outlet for fans in Iowa to consume wrestling content. IAwrestle has grown into a bona fide media outlet providing coverage of Iowa’s three major Division I programs, its small college programs, as well as extensive coverage and commentary about the state’s rabid high school wrestling scene. Live streaming events, on-scene reporting, video interviews, and the Potentially Dangerous podcast are key draws to the site. IAwrestle also produces premiere wrestling events and showcases them in some of Iowa’s most iconic wrestling facilities.