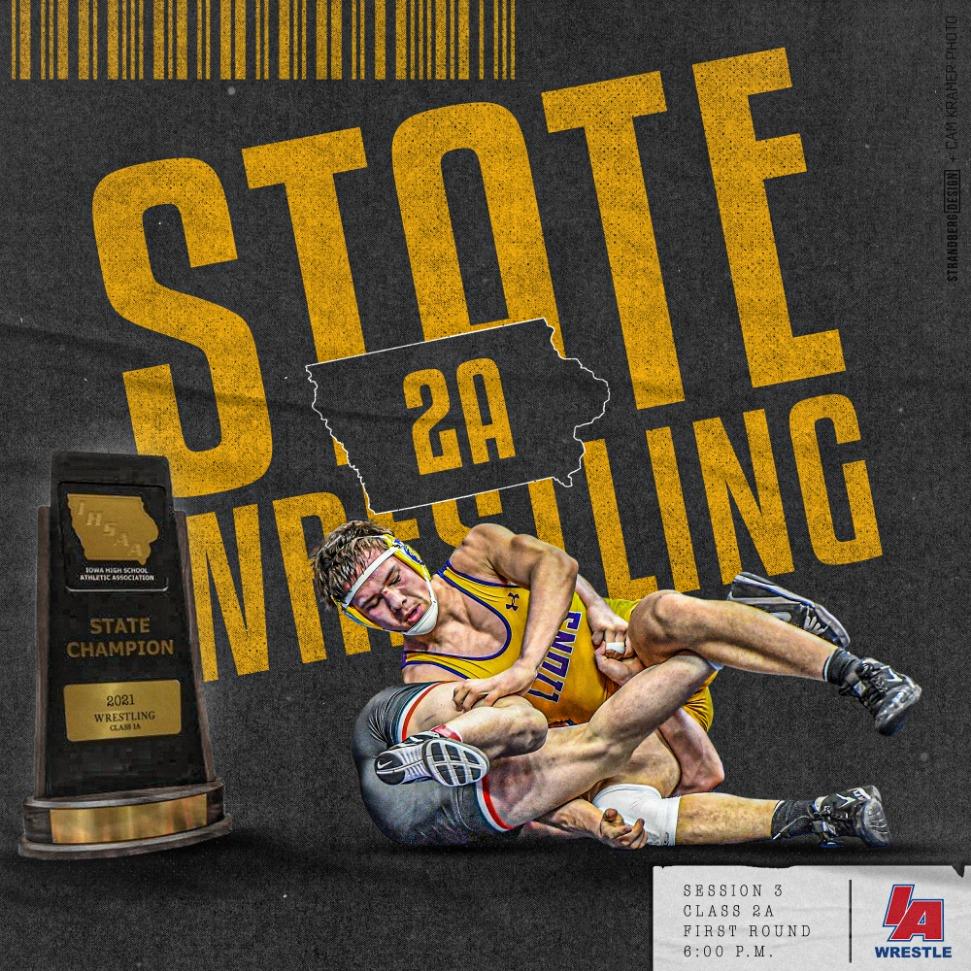 2A – Notable Upsets and Ranked Match-ups

2A Matches to Watch

Burnette came into the year with high expectations as a two-time state place winner already and has lived up to those so far this season. Follmann is a first time state qualifier but the junior has had a great season. This might be the most hotly contested weight in all of class 2A and trying to navigate the back side of the bracket will be extremely hard so a first round win would go a long way towards making the award stand.

Both of these wrestlers are returning state qualifiers looking to find a way onto the award stand in Des Moines. Ihle spent much of the season up at 132 pounds and will have a little size against Engel. He did drop his district final bout to #3 Fiser and will be looking to get back on the right track here. Blake Engel always just seems to quietly go about his business and stays a little under the radar with all of the star power in the West Delaware lineup. Keep a close eye on this matchup and this has a real chance at an early upset according to the rankings.

After placing as a freshman Luensman has just seemed to have a lot of bad luck over the past couple of seasons at the state tournament. The talented senior has been very good all year and is looking to get back onto the award stand this season and see how high he can climb. Parkis was a state qualifier last season but fell short of reaching the podium and a win over Luensman would go a long way towards making it this season.

Hanson was a state place winner back in 2019 before getting injured last season. He had been red hot all season through the sectional tournament where he knocked off defending runner up Nick Fox. However, over the last week since the rankings came out he took a loss at regional duals (at 152) and then fell to Fox in the district finals on Saturday. Fenton is now a four-time state qualifier who somehow has never made it onto the award stand. I look for both of these guys to make the podium this season but a first round win could create an easier path.

Schmitz is no stranger to the state tournament but the three-time qualifier has yet to make the award stand. He has wrestled a very tough schedule this season at both 152 and 160 pounds and all of his losses are to very highly ranked wrestlers. Zander Ernst is a talented junior who will be making his first trip to the state tournament but is capable of making a deep run in Des Moines. Ernst has some very nice wins this season and all three of his losses have come to #1 Jack Gaukel who he followed through sectionals and districts.

Meyer reached the state tournament as a Sophomore and then made the stand in 8th place last season. He has had a very good senior season so far and is hoping to climb the podium. Henderson is making his state tournament debut after a very solid senior season. Henderson started the season red hot with some wins over ranked opponents but has lost a little momentum as the year went on.

Wirtz is a returning state qualifier with a very solid resume and has steadily climbed the rankings. Garvey fell just short at districts last season but the junior has been really good all year and will be making first state tournament appearance. Wirtz is the favorite on paper here but one thing that I’ve learned is that Garvey is never out of a match and is dangerous and can score points in a hurry.

Anderson has had a great senior season after falling short at districts last year. His reward is a mind boggling 13 seed and a first round matchup with Burnikel. Burnikel placed 5th at this weight last season and is looking to move up the podium in his last season. Crestwood will be in a dogfight for a team trophy and will need Burnikel to be at his best.

These two juniors will be making their state tournament debuts coming off of great seasons. Hooyer has been ranked high all year long and has continued to back it up. Tolley has been steadily climbing the rankings throughout the year. A win here would be a big step towards making the award stand.