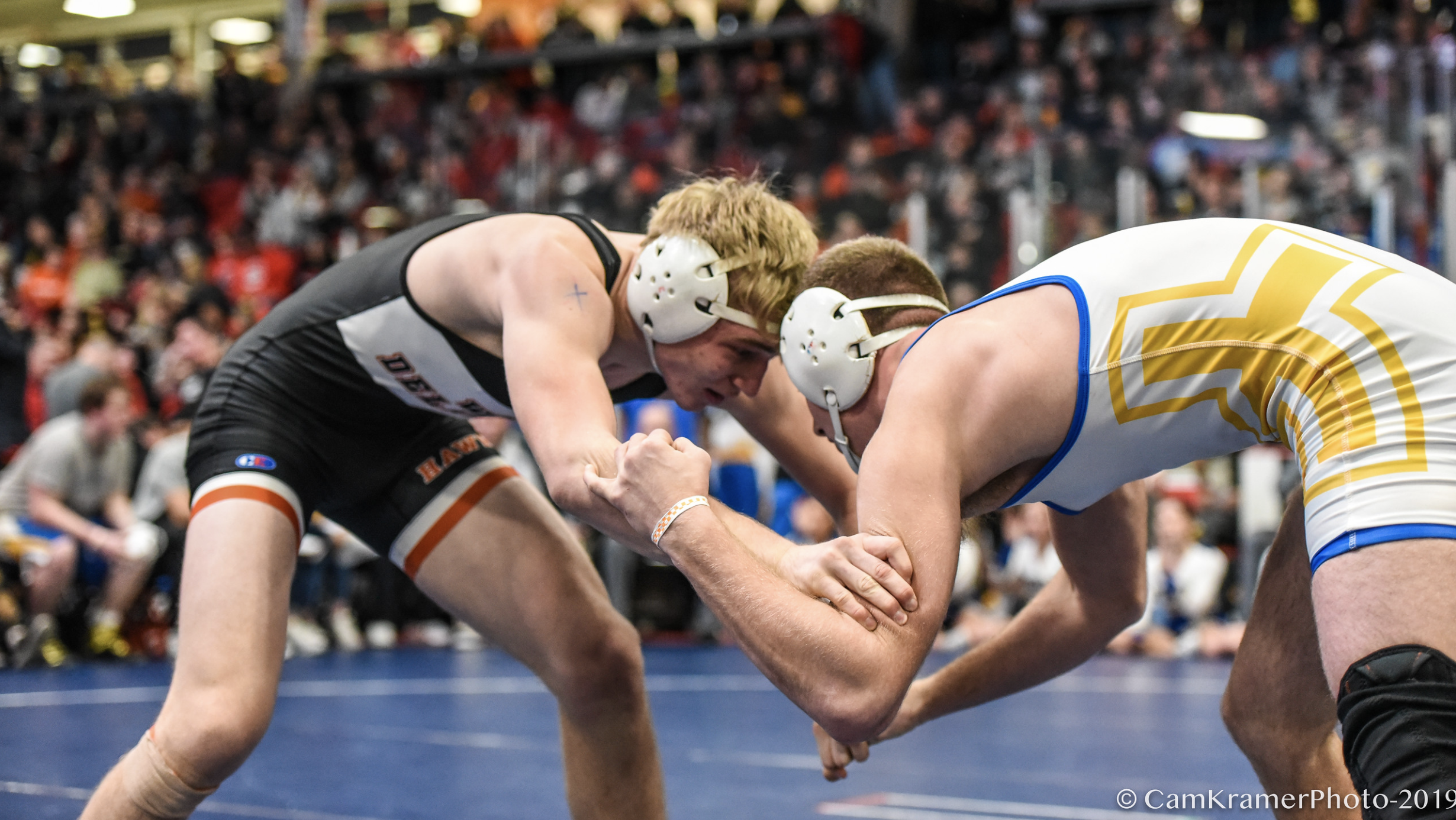 Another big #IAhswr showdown will be featured tonight in eastern Iowa when #1 Don Bosco heads to Center Point where they will face the Pointers and 2A’s #1 ranked West Delaware. Earlier this winter the Dons faced the then #1 team in Class 3A, Southeast Polk and later this month they will take on the #2 team in Class 1A Lisbon.

On top of the fact that we have a top ranked dual showdown these two teams were both at the Bobcat Jerry Eckenrod Invitational last weekend, a tournament that was won by West Delaware (Don Bosco was third behind Waukee).

If they wrestle straight up:

It sounds as though the Don Bosco’s #1 ranked Cade Tenold will not be back in the lineup for this dual. The Don’s were without the lighter Tenold this past weekend as well. In addition to Tenold the Dons were also without #4 McClelland last weekend at the Jerry Eckenrod Invitational, though he should be back for this dual.

Matches we want to see most:

A bit of an underrated match since both are unranked, but this pair met twice this past weekend at the Jerry Eckenrod Invitational and each came away with a decision. In round one Maury 7-4, but in the seventh place match it was Brown as the winner, 7-5. In a dual where every match counts this could be a pivotal swing match.

A finals rematch from last week’s Eckenrod tournament, Rahnavardi was the victory 6-3. A year ago Rahnavardi came into a dual against West Delaware the favored wrestler and was upset by the other Peyton in the lineup. Upsets do happen, and while Rahnavardi has the potential to win just like he did last weekend, this should still be a good battle between two ranked foes.

This is another matchup where both wrestlers faced each other twice last weekend, and both wrestlers recorded a win. Not only did each one win, they actually pinned one another with Coffin winning in less than a minute in the quarterfinals, and Maury getting a first period fall in the fifth place match. This match looks like it has the potential for big points either way.

This is the second highest ranked head-to-head meeting, and in the Eckenrod third place match Nunley had a solid 7-2 decision, but past results to guarantee future success.

This one is the obvious big matchup with two top three ranked wrestlers, and its made even better by the fact that this was a 3-1 match in the Eckenrod semifinals. Tenold finished off his big weekend with a huge win over 3A’s #1 ranked Griffin Gammell.