Upcoming Changes and Info on the 2020-21 High School Season 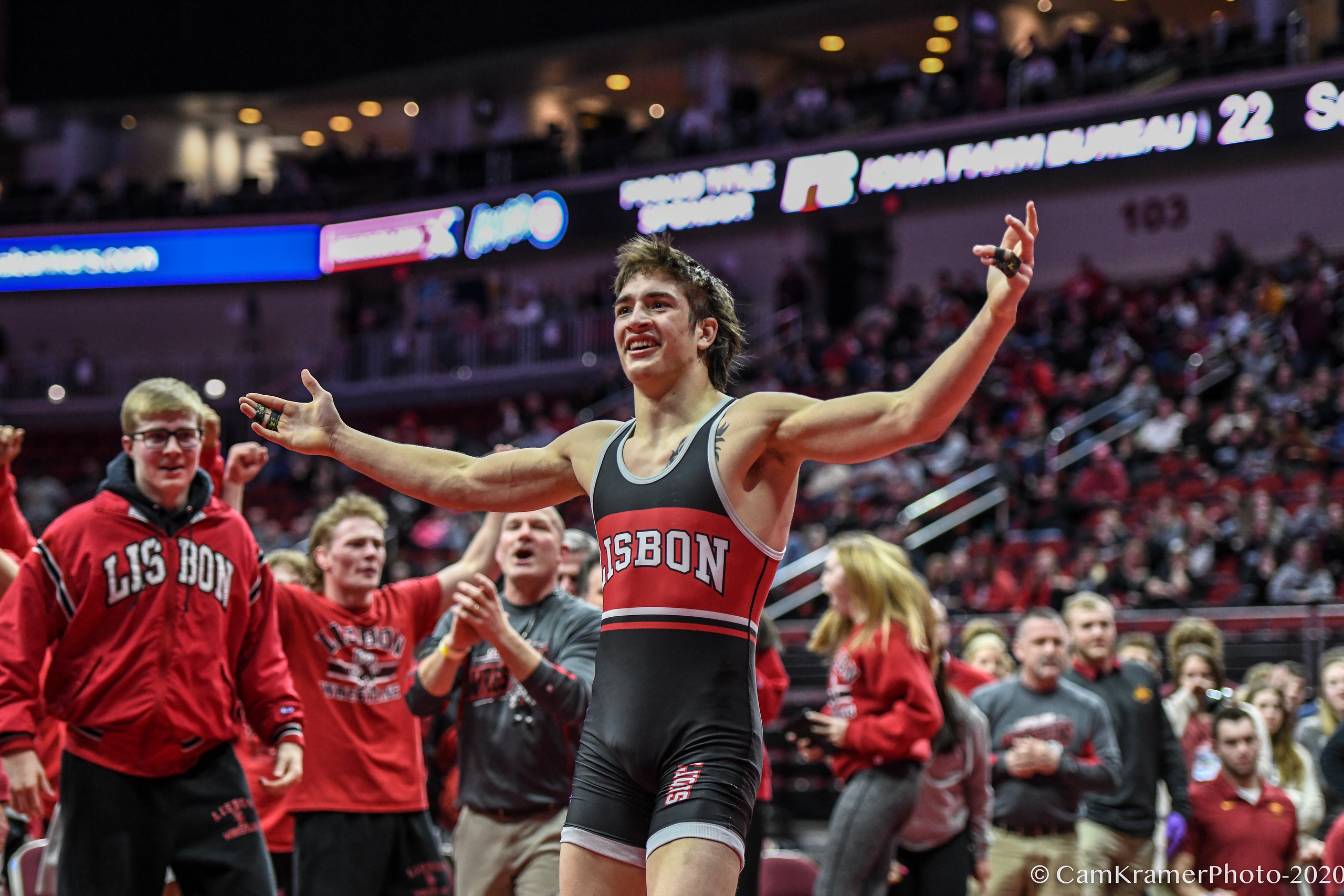 Last week Lewie Curtis of the Iowa High School Athletic Association (IHSAA) stopped by the IAwrestle studio and gave us some insights on the upcoming wrestling season while on our Potentially Dangerous podcast. Curtis, who serves as the Director of Officials and is the wrestling Sports Administrator gave us some details about key changes that are coming to the high school year, and what to expect in the coming weeks.

The first topic discussed was the start of the season and what that will look like. Most programs are probably well aware that body composition tests begin on October 26, or at least they should be since that date is right around the corner. After that it sounds like it is all system go on a normal start to the season as far as the first practice and competition.

“We are slated to have the first day of practice Monday, November 16th, and two weeks after that is the first day of competition.” Curtis said on the show, “As of right now we’re still planning on those being the dates. That is what we are shooting for to get things rolling.”

One of the bigger questions for the season is knowing what competitions will look like and what we can expect in that aspect. Curtis said the IHSAA will not be making specific mandates for the season in terms of limiting the number of teams in a competition, or what they will require host sites to do from a spectator standpoint. Instead the Association will be making recommendations, but ultimately the decision about whether or not to allow fans, or if fans will be required to wear masks, will fall to the hosts.

“That is going to be up to the host. They are going to have the decision (on how many teams are allowed in) and spectators. Very similar to what we have done with football it’s going to be mostly a local decision. Facilities drive a lot of those decisions. As you know when you go from school to school to school around Iowa the facilities just aren’t the same. Some gyms are big enough to handle massive crowds, and some gyms are not. (On the smaller gym schools) Those schools are going to have to figure out how they want to conduct their season and with their dual meets. We are not putting any restriction on the size of the tournaments.”

Curtis also mentioned that teams will be making some difficult decisions about attending certain events throughout their schedule. Events that they likely signed a multi-year contract with the host, but the IHSAA hopes that those hosts honor a program’s decision to withdrawal without penalizing them for doing so.

“If you want to back out on things that maybe you are contracted to do right now that we would expect the host school to honor (that decision) and releasing them without any penalty.”

This year is also changing when we traditionally see the site and assignments for the sectional and district tournaments. Traditionally, those have been released in October but with COVID-19 has caused a number hiccups to delay that process. Instead of the normal timeframe Curtis said that this year expect that decision to come mid-to-late November.

Moving toward the postseason Curtis provided a number of updates to what changes are being made to that process. With this year figuring to be a limited schedule there will be a change to the seeding process that are certainly noteworthy. For starters, the formula used to determine seeding is being tweaked based on years prior.

The other change is we will seed all the way out to 16. In other years we only seeded out to 8. So if you were the #9 or the #10 seed you were randomly drawn in. This year the #9 seed will wrestle the #8 and the #16 will wrestle the #1 in the first round. The seeding will go through all the individuals.”

There is also a change to when schools are required to notify the IHSAA of their intent to opt-out of the state duals portion of the postseason. Previously it was required that schools give their response by the first competition, November 30th. Instead, the IHSAA has decided to delay that deadline this season in light of the current circumstances.

“By the first competition date teams have the option to not partake in the postseason dual season. If they don’t want to compete in the regional and state duals, they can tell us and we can take them out. That was the deadline. The way it is playing out now we don’t know what the state tournament schedule will look like. Until we get that figured out we are going to have to delay (the November 30 deadline). We can’t have a coach make a decision for February based on what we know in November, but that information will change in December or January.”

Curtis was able to provide more details about changes, including some rule changes that will be coming in the 2020-21 season. Readers are encouraged to listen to the full audio interview to get all of the details from Curtis.