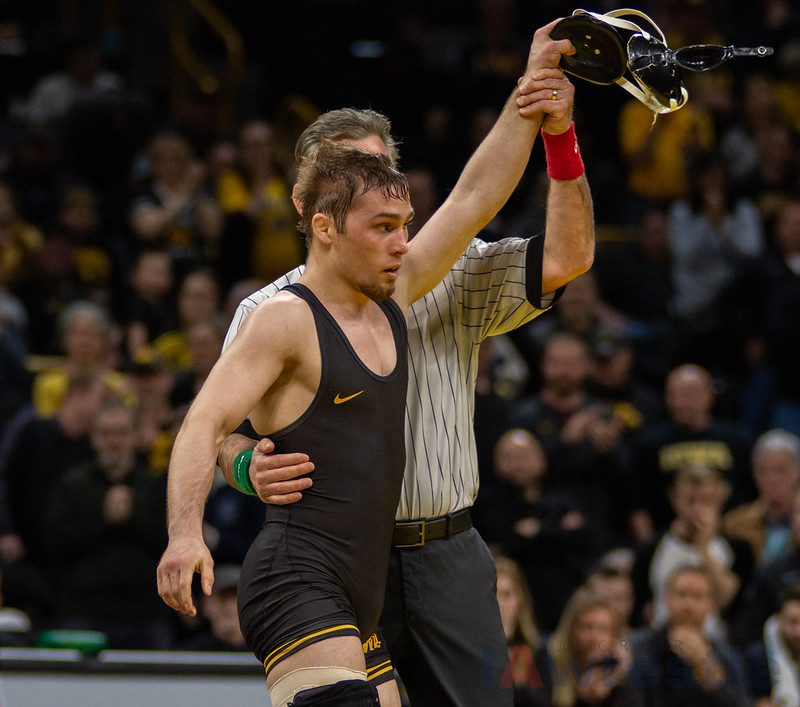 More history for Spencer Lee, as the two-time NCAA champion will end his phenomenal junior season with the prestigious Dan Hodge Trophy. Lee was among the most dominant wrestlers in the entire country winning 17 of his 18 matches by bonus over the course of the 2019-20 season. Of his matches, only five went the full distance of a seven minute match, and his lone decision was a seven point win.

Lee’s season ended with him winning the 125-pound Big Ten title in New Jersey, which was the first conference crown for the Hawkeye standout. With the 2020 NCAA Championships canceled, Lee was prevented from pursuing his third straight NCAA title.

The Dan Hodge award considers seven criteria: record, number of pins, dominance, past credentials, quality of competition, sportsmanship/citizenship, and heart. The winner is determined by a fan vote and the Hodge Trophy Voting Committee. In the fan vote Lee below away his fellow competitors amassing over 15,000 votes which captured 58% of the total poll.