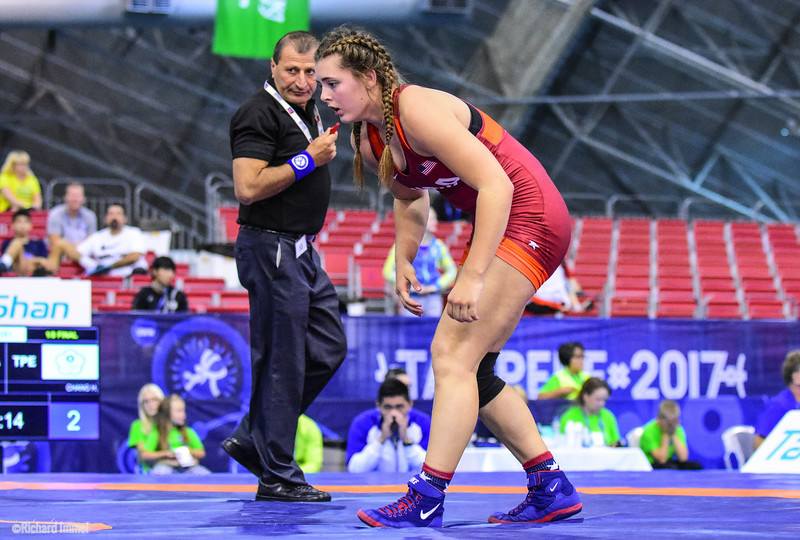 “Rachel is exactly what we are looking for in a coach; she has tons of wrestling knowledge and experience, but most importantly she aligns with our values. She understands what it means to develop girls on and off the mat and I’m thrilled to get to coach beside her next year.” William Penn Head Coach Tucker Black on the hire.

Watters has been competing on the national level for years. During her high school career, she was a three-time Fargo National Champion and a three-time Junior World Team Member.

After graduating, Rachel has been competing for Oklahoma City University where she made two U23 World Teams and wrestled at Final X for a spot on the Senior World Team finishing runner-up. Watters leaves OCU as a four-time WCWA Women’s College All-American with a 2020 WCWA National Championship.

The plan was to finish wrestling and become a CPA or go into the marketing field. But, her wrestling passion bled into multiple class projects and she had a light bulb moment with one of her professors.

“Wrestling is what I am passionate about. I started to research college coaching jobs and I realized that I could use my business degree and my passion for wrestling in the same job. I recently realized that being a wrestling coach is what I want to do. I am so thankful that Tucker reached out to me about this GA position. This position will allow me to continue to be a senior-level athlete while also gaining valuable coaching experience.”

While coaching will be a new focus, the Olympic dream is still alive for Watters.

“When I made the decision that I wanted to be a wrestling coach I looked into head coaching positions that are opening up for women’s programs, but I would not be able to do that and still be an athlete and I want to make sure I have experience. After talking to Tucker, I knew that this position was an amazing opportunity. I am very excited to learn from him. He values my athletic goals and that was huge for me.” Watters added on the opportunity to coach and continue to compete.

The Statesmen have commitments from Samantha Ruano, Mami Selemani, and Kayla Ramirez for their inaugural season.