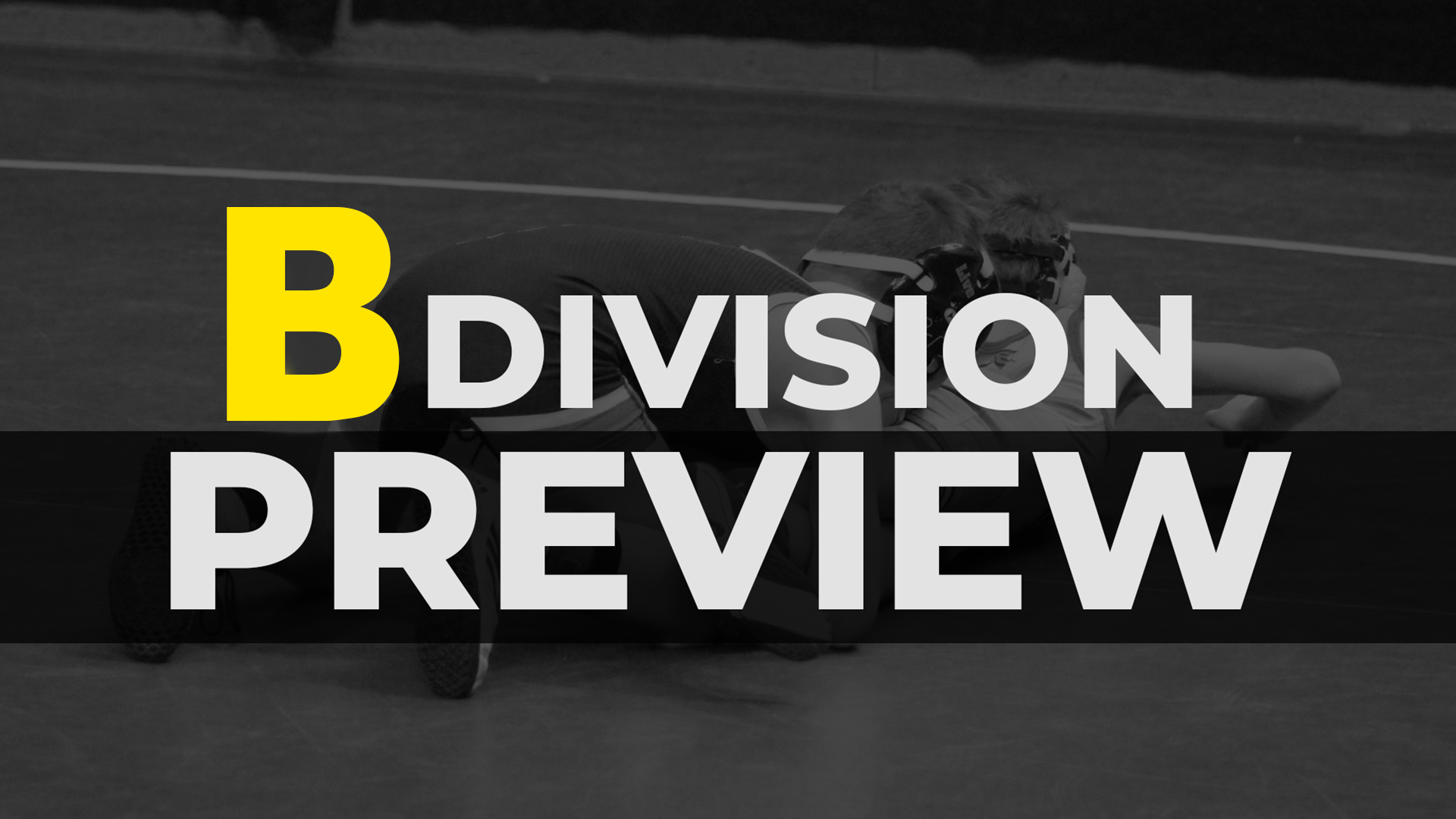 Match to watch: 2nd Rd match-up between Landon Gottschalk (DC Elite) and Urijah Courter (CIWC Team Intensity) will be as good as the finals match in this weight. Courter is a returning champ from A division last year while Gottschalk placed 3rd but was a champ in 2018. The winner of that is likely to face Weston Porter (Powerhouse) is a dandy semi-final match up on the top side while another great semi’s match-up on the bottom side likely will feature Israel Garcia (Team Valley) who is coming off a USA State title this year and District title over Courter vs. Chase Watkinson (Hammerin Hawks) Garcia won a tight match in the USA state so this will be another good one. 5 kids in this weight have won a state title at some point so this is as deep a weight as any in this division.

Match to watch: The top half of this bracket looks to have some good match-ups with the person making the finals proving to be battle-tested. Quarters match up between Cael McCabe (Stars and Stripes) vs Ayden Bergman (DC Elite) will be a good one. The winner of that will then likely face Lucas Peters (DC Elite) in the semi’s

Finals Prediction: Ethan Humprhey (Big Game Wrestling) vs Cael McCabe (Stars and Stripes) Humprhey won the District that featured Bergman and Peters and had to beat both en route to his title while McCabe will have to do the same to get to the finals. This should be a dandy.