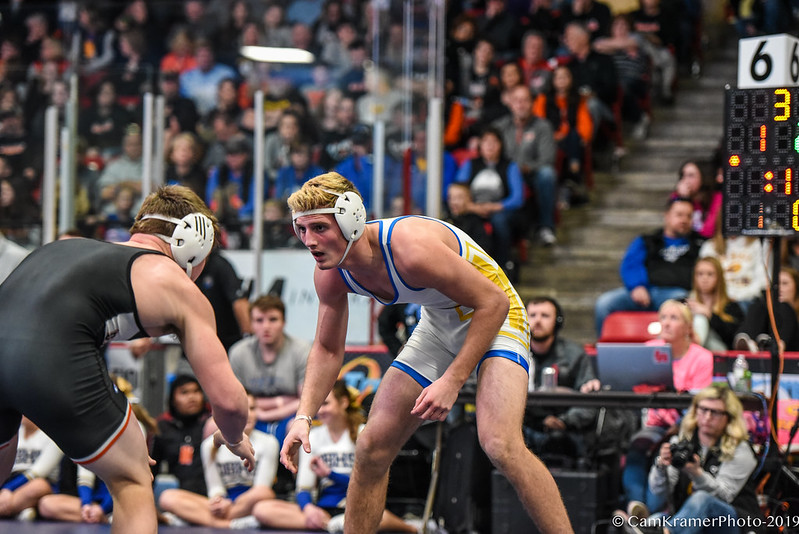 The Rundown: It is the weight you’d expect it at most, but at the same time it’s still kind of crazy that this weight only returns one state qualifier from this weight last season in Noah Strohmeyer (Colfax-Mingo). Quincy Happel was one match from placing up at 113 before dropping down this season. Donavon Hanson of West Bend is a returning state qualifier from 2 seasons ago. Over half of this weight consists of freshmen with 9 of the 16. Porter is the favorite here after going the whole season undefeated. Baker also went undefeated, but Porter owns a win over him in our preseason Night of Conflict event 8-2. Porter was given no favors though in his first-round match drawing #4 Donavon Hanson of West Bend. A preview wouldn’t be complete at this weight without mentioning #2 Garret Rinken of Nashua-Plainfield. He has 2 losses on the season but they were both to highly ranked 2a and 3a wrestlers. The top half will go a long way toward sorting out the team race with 3 fairly evenly matched wrestlers in Happel, Moore, and Baker since they are from Lisbon, Bosco, and West Sioux respectively.

The Rundown: Lots of returning state place winners here. Marcel Lopez (New London) was last year’s state champ at 106. Clayton McDonough of Central Springs (not to be confused with his brother Bryce McDonough) was a 4th place finisher last year and comes in undefeated on the season. Braden Graff was a 3rd place finisher in class 2a for Sergeant Bluff-Luton. He is now at West Sioux. Joe Ebaugh of Denver was a 7th place finisher last season, but had a huge win over #4 Jakob Whitinger of Nashua-Plainfield in the district wrestlebacks to punch his return ticket to state. Lots of top-end firepower here with Lopez, Graff, and the undefeated McDonough. Throw in a tough freshman in Cael Bridgewater of North Linn mixed with a handful of returning qualifiers and this is quite the loaded weight.