1A First Round Matches To Watch 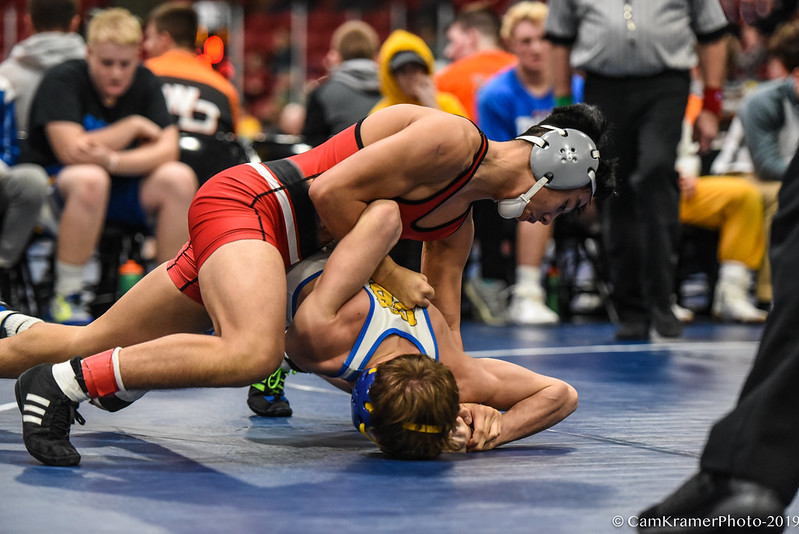 Every year at the Iowa High School State Wrestling Tournament there are great matches early on. Things are a little different now as the IHSAA seeds the top eight wrestlers in each bracket. With that being said, the seeding didn’t go exactly as some predicted and we still have some really good match-ups in the opening round of the state tournament.

Some of these matches will be big for determining who can make the state finals and others loom large for teams that are in the hunt for a team title. These are seven of the first-round matches in Class 1A that I think everyone should be keeping an eye on.

106lbs- #4 Donavon Hanson (Jr) West Bend 28-3 vs. #1 Gable Porter (Fr) Underwood 31-0
The first match on this list might not even be that close. Mikey Baker of West Sioux handled Hanson 9-0 in districts on Saturday. Looking back into the preseason, Gable Porter beat Mikey Baker 8-2 at our Night of Conflict event in Waterloo. Does that mean this match will not be close? Maybe, maybe not, but it will definitely go a long way towards giving us a feel for where some of these ranked guys are in proportion to each other. Without a ton of cross over this season, you are forced to use the transitive property a lot. Also, Hanson dropped a 3-2 decision to Garrett Rinken in mid-January, so this match might be a good measuring stick for the rest of the weight.

One thought on “1A First Round Matches To Watch”