Panthers Go For Four in a Row Against Iowa State 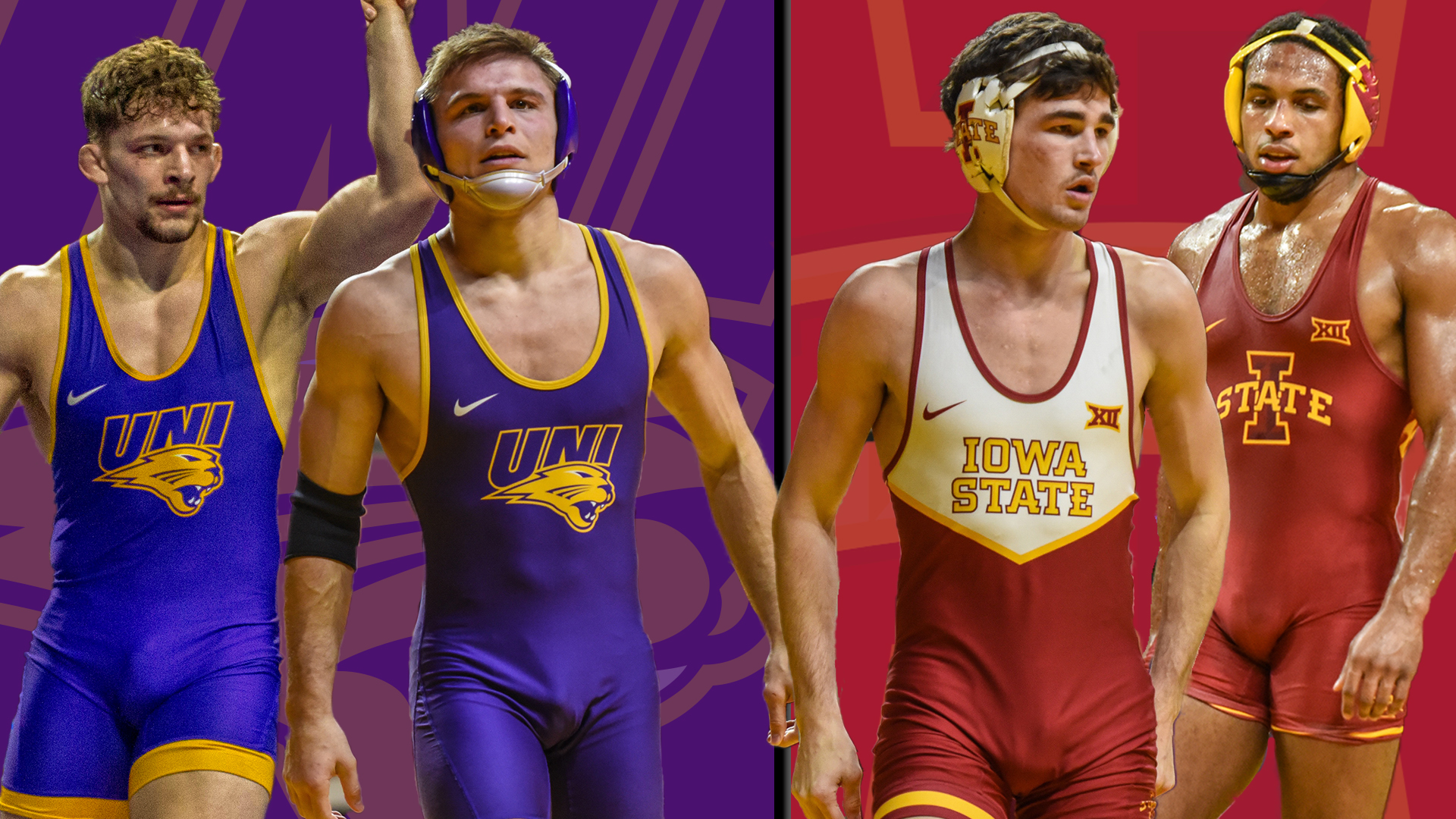 There are a few things on the line Sunday afternoon for the Panthers as they travel to Ames to take on Iowa State.

First: just the dual itself. A win against an in-state rival is always a big deal.

Second: the Big 12 dual title is on the line. Kind of. If UNI wins the dual against ISU, and Oklahoma State beats Oklahoma, the Cowboys and Panthers will technically split the Big 12 dual title. Even though UNI beat OSU head-to-head, because each team doesn’t wrestle each team in the conference it’s a split championship (but we all know who actually won it).

Third: A win would be UNI’s fourth in a row against ISU. That’s never been done before in Panther history. UNI is on it’s second, three-dual win in a row streak, the first being from 1950-52.

The Cyclones also have their regular season dual title hopes alive; with a win Sunday and then again next Sunday against NDSU, they would split the top spot with OSU (again, assuming OSU beats OU). A win for ISU would shut down the streak that UNI has going against them, and ISU would once again be the second best team in the state.

As for the dual itself, there are quite a few matches to keep your eyes on. The first one happens to be the first one, with #17 Jay Schwarm taking on #12 Alex Mackall. Mackall took it to Schwarm in their last match, a 20-4 tech fall at the Harold Nichols Open in November, and has won the last two in a row. Schwarm has a win over Mackall in their dual from last season.

At 141 pounds #20 Michael Blockhus and #6 Ian Parker should be a solid match. Blockhus never gives up anything easily out on the mat, while Parker is quite good. If Blockhus can keep it close after the first couple of periods and hits the takedown move in the third, I expect him to hit the upset.

#13 Max Thomsen gets #8 Jarrett Degen at 149 pounds, again. Thomsen is 4-0 in his career against Degen, and while the Cyclone is very good and on the upswing this season, this is a very similar situation to where they were going into last year’s match, which Thomsen still won (7-5). Is this the year that Degen breaks through? Without an upset anywhere else, the Panthers had best hope not.

The key to the first five weights, for both sides, is for their respective wrestlers to not get upset, and not give up bonus points one way or the other. With the second half of the dual ripe for bonus for the Panthers any upset they score in the first half could be the deciding factor. Likewise a win for ISU at 149 could put UNI on their backs (metaphorically) and force them into big moves.

UNI will almost certainly get bonus points from #4 Taylor Lujan at 184 pounds as he takes on Marcus Coleman. Lujan is 4-0 against Coleman, with all but one win coming via bonus points (the lone decision was a 10-7 win in 2018). I expect Bryce Steiert to come away with a bonus point win at 174 pounds as well.

With 165 a true toss-up and 197 leaning towards Iowa State, the dual could very well come down to heavyweight, where #11 Carter Isley is set to take on #14 Gannon Gremmel. The two have met five times before, with Gremmel leading the series 3-2, including the most recent two decisions – once at the Big 12 Tournament last season and the other coming this year at the Harold Nichols. Isley’s latest win came in sudden victory during the Iowa State/UNI dual from last season.

As I said before, the dual could easily come down to bonus points or just a single upset on either side. With bragging rights, and much more, on the line, it should be a great dual to close out UNI’s conference season. The Panthers have just one more dual on the year – this Thursday when they take on Wisconsin in Madison.