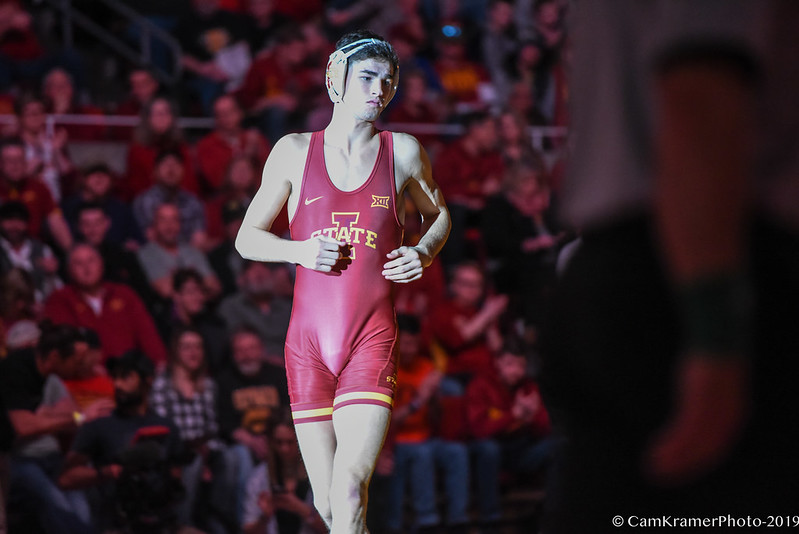 Big news for the Iowa State lineup as the team is set to see the return of All-American Jarrett Degen for this weekend’s duals against Fresno State. The junior wrestler has been out since early December after sustaining an injury at the Cliff Keen Invitational, where he was forced to withdraw from that competition. At today’s press conference head coach Kevin Dresser stated the return of Degen could happen this weekend.

“He had a really good workout yesterday, we’ll scrap a little bit tomorrow and then we catch a flight out tomorrow night to California.” Dresser said on the return of the junior wrestler, “Right now if Jarrett feels good he’s the guy if he doesn’t then Ryan’s the guy. (Jarrett) knows his body better than anybody we’ll let him make that call.”

During that stretch, the team has competed at the Southern Scuffle and five duals, with sophomore Ryan Leisure getting the call as the team’s starter. He went 3-2 as a dual starter and was 1-2 at the Scuffle.

“He’s been wrestling three weeks off and on. It’s no secret he tweaks (his shoulder) every now and then. There is some pain there that is really a mystery because the MRI looks good and the X-ray looks good. Something from the surgery wasn’t quite right and we just don’t have time to slice it open and go figure it out right now. We’ll probably do that in March.”