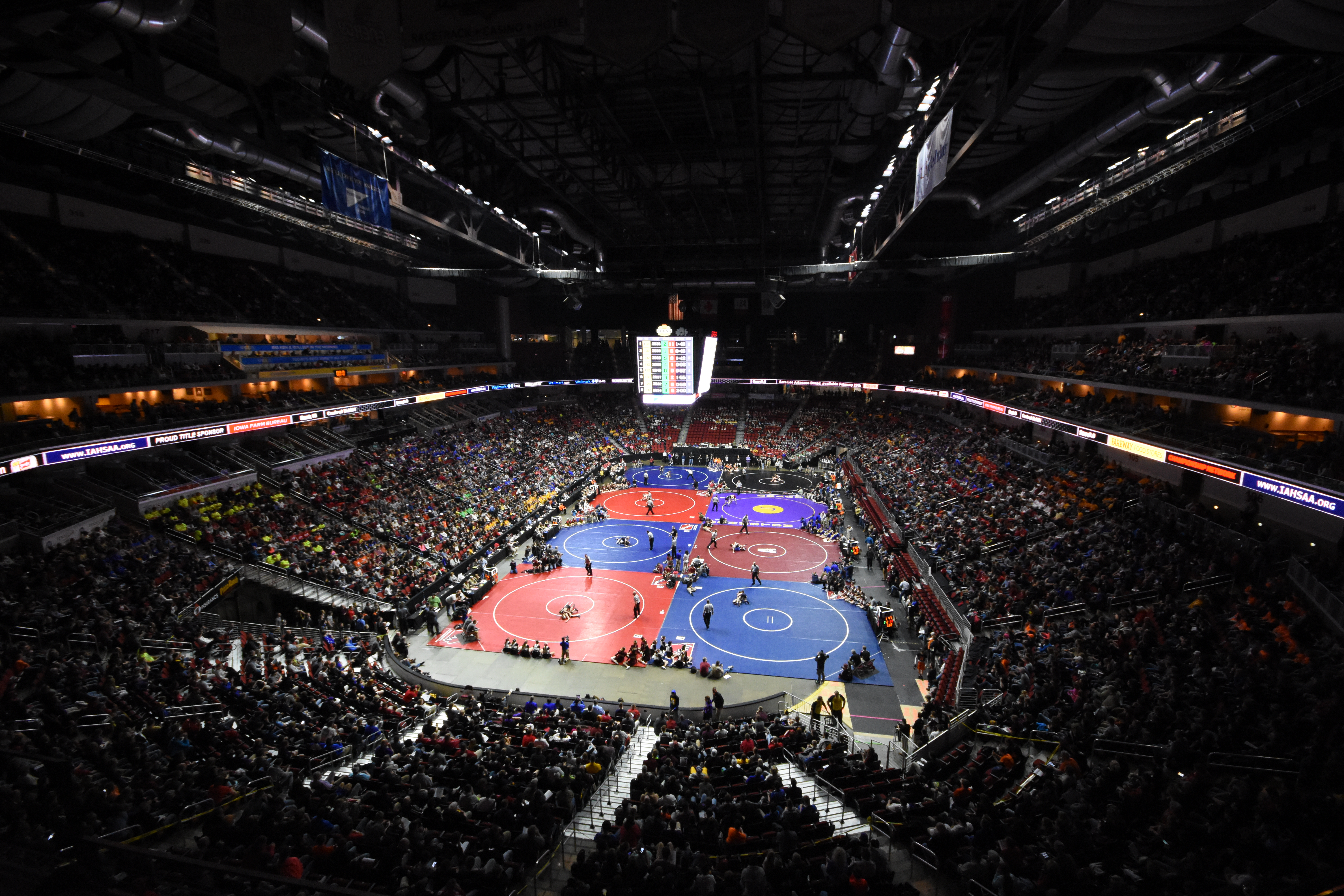 The IHSAA is proud to announce the 2020 class for induction into its Wrestling Hall of Fame, with the seven selections to be honored on February 22 before the championship matches at Wells Fargo Arena in Des Moines. These honorees were nominated through their schools, picked by the Wrestling Hall of Fame selection committee, and approved by the Board of Control this winter.

More information and photos will be made available during the State Wrestling Tournament, running February 20-22 in Des Moines.

Justin Hanson, Humboldt: A four-time placewinner and two-time state champion, Hanson won 2A at 125 pounds as a junior and 135 as a senior in 2004. A rare four-time North Central Conference champ was a high school All-American and graduated with a record of 135-11 before going on to wrestle at Wartburg and win an individual title in 2009.

Nate Moore, Iowa City, West: A two-time state champion who graduated with a career record of 175-3, taking two of his losses in the 3A state finals. First four-time finalist in school history and graduated 7th on state’s all-time list of career pins.

Jessie Whitmer, Eagle Grove: State champion as a sophomore in 1990 also finished third three times. Finished career with record of 142-8, went on to wrestle at Iowa and win NCAA title at 118 pounds in 1997.

Tom Kettman: In 11 seasons as head coach at Don Bosco, Gilbertville – sandwiched by 27 years as an assistant – Kettman won 12 state team titles, was twice IWCOA Coach of the Year, and had a dual meet record of 265-28. The run from 2001-11 included seven dual team and five traditional team championships, and 17 individual state champs.

Bob Yilek: A head coach for 24 years, Yilek spent 16 years at Belle Plaine and recorded a career dual meet record of 306-91. His teams finished in the top 10 of the state traditional team tournament 12 times, including a 2001 state title in 1A at Belle Plaine. He coached 115 state tournament qualifiers and 10 state champs and was a three-time state coach of the year.

One thought on “2020 IHSAA Wrestling Hall Of Fame Honorees”