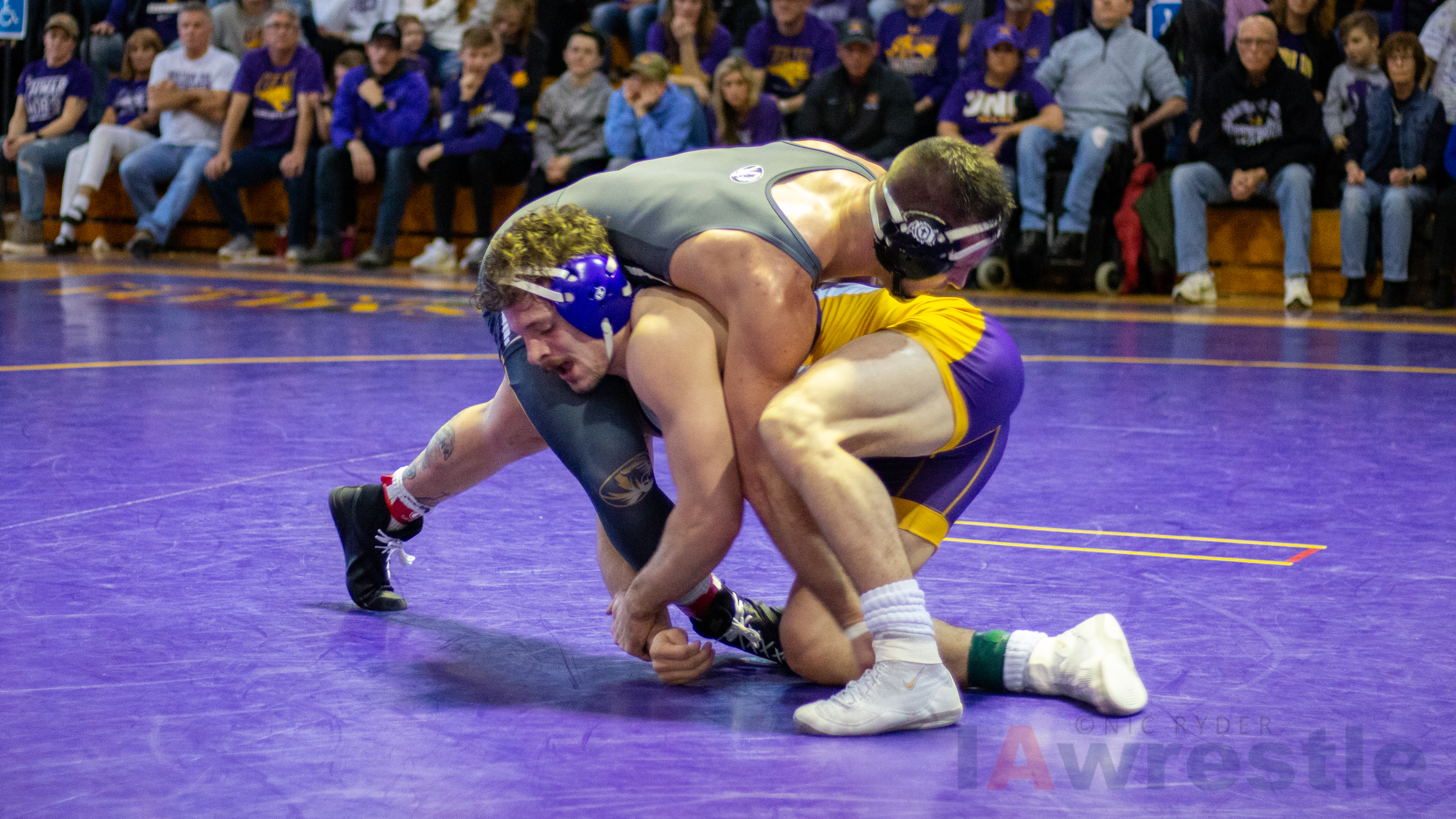 The University of Northern Iowa wrestling squad took home a pair of dual wins from Colorado this weekend, taking down Air Force 28-12.

Max Thomsen started things off for UNI with a 4-0 win over Dylan Martinez. Thomsen was able to get an early takedown in the first period and ride Martinez out, then score an escape point in the second. Martinez took down in the third and Thomsen rode him out for the 4-0 win.

We saw a different face at 157 pounds than we did Friday night as Derek Holschlag took on Trey Brisker. Holschlag used a first period takedown, a second period reversal, and another takedown in the third to secure his 7-4 win.

Bryce Steiert and Taylor Lujan dominated their opponents, with Steiert winning by major decision and Lujan winning by fall. Steiert did not concede a point in a 13-0 major decision win over Cody Surratt, with a few bow-and-arrow-four-point-nearfalls in there and over five minutes of riding time. Lujan gave up the first points against Jake Thompson, who scored a takedown off a double leg, but the Panther came back to lead 10-4 before pinning Thompson in 4:45.

Jay Schwarm got things back on track after a pair of losses for UNI with a quick pinfall win in just 1:46. Schwarm earned a takedown and locked up a crossface cradle for the fast victory.

Drew Bennett and Michael Blockhus each won their matches by decision to close out the dual for the Panthers. Bennett won a back-and-forth match with Jared Van Vleet, 9-7, while Blockhus won a match he controlled the entire way against Bradley Bitting 6-2.

Austin Yant went down, 7-4 to Randy Meneweather. Meneweather looked solid for most of the match but gassed at the end, when Yant was able to score a couple of late-match takedowns.

Air Force’ Casey Jumps won 1-0 over Noah Glaser at 197 pounds. After a scoreless first period Jumps rode Glaser out of the second period and then chose neutral to start the 3rd. Glaser was unable to get any offense going and dropped the match.

At heavyweight backup Bryce Esmoil lost by fall in the first period to Kayne Hutchison.

One thought on “Rapid Recap: PantherTrain rolls over Air Force, 28-12”