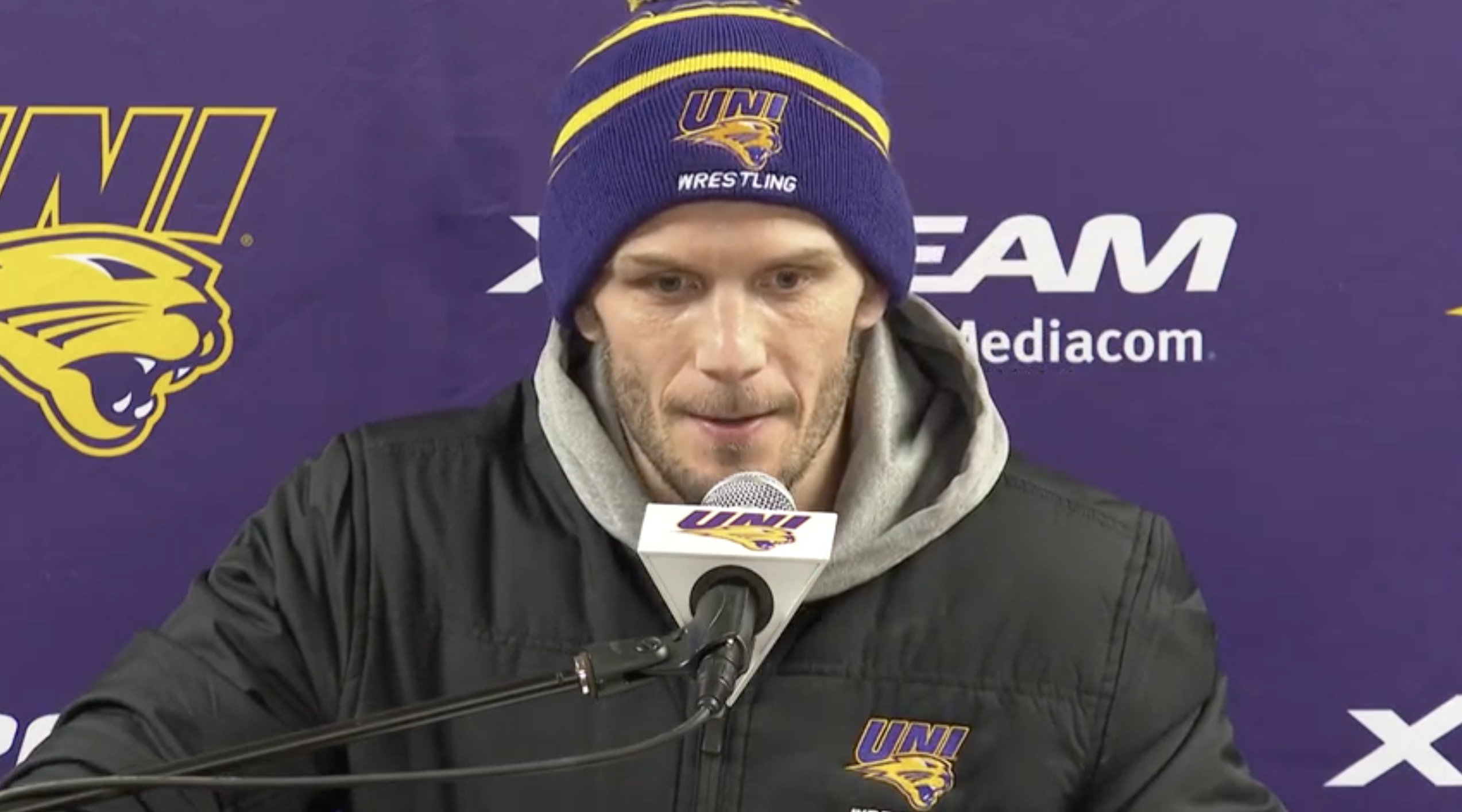 Oh then there was this from 141 pounder Mikey Blockhus on why Schwab was late to the press conference:

So hopefully that gets taken care of.