Drew Foster, Spencer Lee, to be Honored at State Capitol 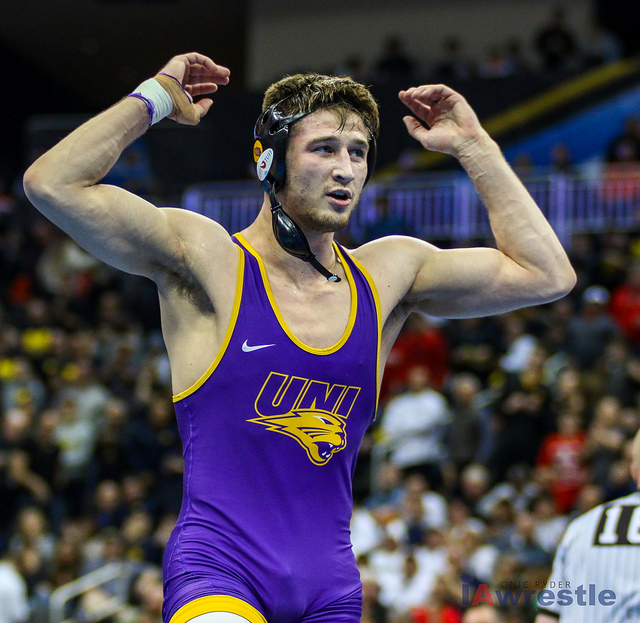 DES MOINES, Iowa – UNI wrestling’s Drew Foster will be honored as a national champion at the Iowa Capitol on Monday, April 1 with a resolution from the House and Senate.

Drew Foster and the University of Iowa’s Spencer Lee will be ushered into the House chambers by Representative Bob Kressing and Representative Brian Best. Following the House vote, the wrestlers will enter the Senate, ushered in by Senator Eric Giddens and Senator Craig Johnson.

Drew Foster became UNI wrestling’s first national champion at the Division I Wrestling Championships since 2000. The All-America honor was the second for Foster, as he had made the podium in 2017 with a seventh-place finish. He is among the 14 Panthers who have now combined for 22 titles at UNI.

Foster was seeded sixth at 184 pounds heading into the championships. He knocked off four top-15 opponents and earned bonus points in his opening round to help UNI secure its best team finish since 2003.

Foster went from a losing record as a redshirt freshman at UNI to losing just five matches all year as a senior, including a loss to the other national finalist, Max Dean. Prior to nationals, Foster had been 1-3 against Cornell’s Max Dean.

Foster is UNI’s first wrestler to be a two-time Big 12 champion. He also earned All-Big 12 Academic honors this year. He is the son of Don and Karissa Foster and has a brother Klay. He is a native of Burlington, Iowa, and graduated from Mediapolis High School.

One thought on “Drew Foster, Spencer Lee, to be Honored at State Capitol”