Skip to content
1A 2A 3A High School Special Feature 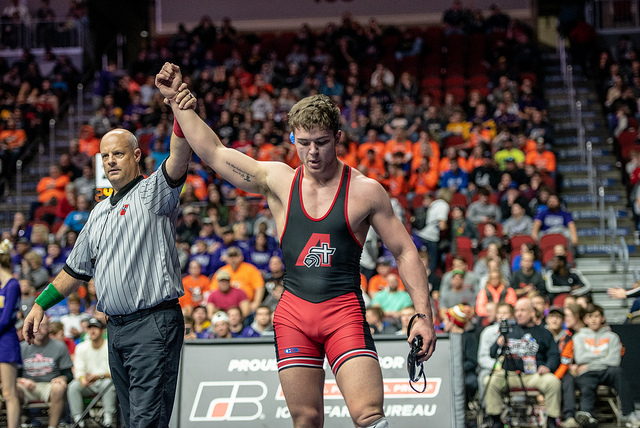 The team at IAwrestle has released our all grade teams and all state teams over the last week. Now we would like to congratulate Julien Broderson of Davenport Assumption on being named the 2019 IAwrestle High School Wrestler of the Year.

Broderson capped off his high school career by winning his 3rd Iowa state title. He ended his career with a record of 168-16 and hasn’t lost in the past two seasons. He dominated all opponents his entire senior year and the only match that lasted a full 6 minutes was when the 195 pounder bumped up to Heavyweight and defeated state finalist Griffin Liddle of Bettendorf 7-2 while giving up nearly 80 pounds.

Broderson is also a multiple time All American at the Cadet and Junior National Championships. He is currently ranked the #7 wrestler in the country at 195 pounds by Flo Wrestling. He is committed to continue his wrestling career at Iowa State University in the fall.

Other Wrestler of the Year Finalists (alphabetically):