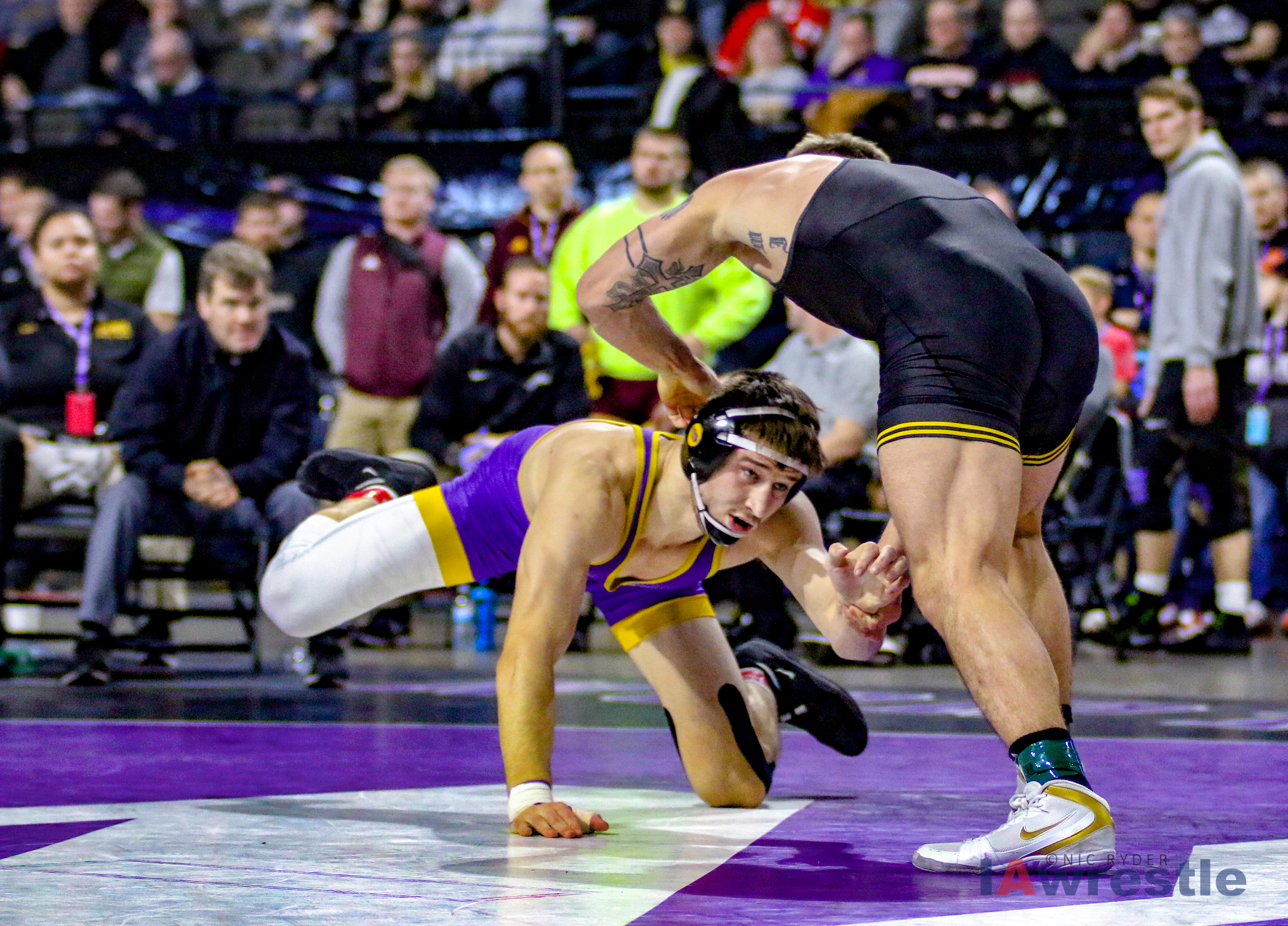 The Panthers won their final away dual of the season, keeping Utah Valley winless in Big 12 duals on the year in a 29-12 victory in Orem, Utah. Although UNI won six of the ten matches, two of them by pinfall, #9 Bryce Steiert and #6 Taylor Lujan both feel to Utah Valley ranked wrestlers.

We started things out with #6 Drew Foster taking out Will Sumner, 11-6. Foster scored a double leg takedown about 10 seconds into the match and added a four point nearfall right away to take a six point lead. He added another pair of takedowns to take a 10-2 lead. He wouldn’t add much more, other than a second period escape, but was never in any real danger before going on to an 11-6 victory.

Carter Isley got the Panthers’ first fall of the night, taking Ben Andrew to his back after Andrew attempt some sort of shot. Isley pulled the old Dylan Peters cow catcher and stuck Andrew in 3:31

Circling back around to 125 Jay Scharm kept the falls going, taking down Josh Jensen early in his match, then scoring a pair of four point nearfalls before locking up a cradle and getting the fall in 1:45. Schwarm looked dominate over the younger Jensen, not really any other way to put it.

Speaking of dominate, Max Thomsen scored three nearfalls, two four pointers and one two pointer, in addition to two takedowns and an escape to shut out Cameron Haddock, 15-0. Thomsen was all over him early and used a series of tilts for his nearfalls. After escaping to start the second period he locked up a high single leg and drove through Haddock for the final takedown.

Paden Moore posted his first win in two matches and moved to 2-2 in dual matches this season. He used a second period takedown to put UVU’s Landon Knutzen on the defensive for the rest of the match, and added another takedown in the third for the 6-3 win.

Bryce Steiert took the mat for the first match featuring two ranked wrestlers and couldn’t find enough offense against #10 Demetrius Romero. Romero wrestled well and took smart shots low on Steiert’s legs and worked out of those spots for takedowns.

Tyrell Gordon, for the second dual in a row, came out and scored the first takedown of his match. His result was the same as last time though, dropping a 10-4 match against #16 Tanner Orndorff. Orndorff connected on two or three single legs attacks and Gordon was only able to fend one of them off.

At 133 pounds Jack Skudlarczyk put up a solid fight against Isaiah Delgado but the Wolverine was able to scramble out of a couple of Skudlarczyk’s shots and he came away with the 6-2 decision.