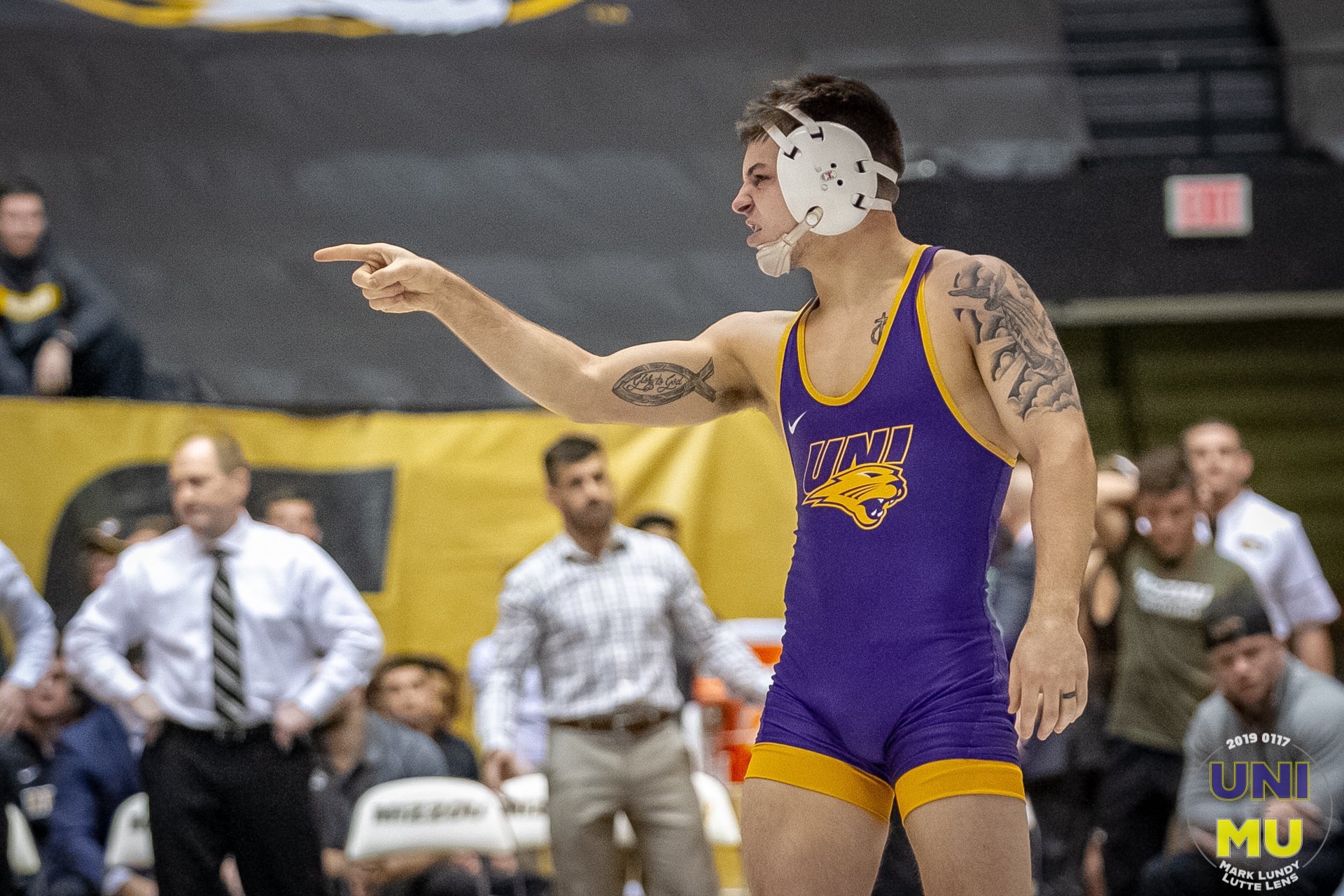 The UNI Panthers return home for the first time in over a month for a dual at the West Gym. This Sunday Air Force comes to town for a Big 12 Conference dual. This is the first of three straight conference home duals for the Panthers, all taking place within seven days of each other.

In actuality, I don’t know a lot about Air Force. They had a tough dual with NDSU in early December, dropping that one 23-14. In that one 197 pounder Anthony McLaughlin took down then-top-20 ranked Cordell Eaton in sudden victory, as well as heavyweight Kayne Hutchison knocking off Brandon Metz by pinfall. Despite those upsets the Falcons were unable to come away with the win.

This is a dual UNI should win. Similar to the South Dakota State dual, just about the only way the Panthers don’t win this one is if the team all get a norovirus and can’t wrestle on Sunday. Building up younger guys, Jack Skudlarczyk, Pat Schoenfelder, and Tyrell Gordon is important and if Jay Schwarm and Izaak Shedenhelm can get wins, well that’s better than taking a loss (I know, quality analysis, but what else can you say about them at this point?). Paden Moore has been listed as an “or” on the last couple UNI dual lists, so maybe this is the point where he comes back into the lineup.

Iowa native Trey Brisker, a freshman from Wilton, Iowa, is listed as an “or” at 157 pounds for Air Force. Brisker was a 2018 Iowa state champion, placing all four years while at Wilton High. The Falcon is 6-5 on the season, finishing runner-up at the Cowboy Open back in November.

As for the heavy hitters, Max Thomsen needs to get back on the winning track. He’s lost two of his last three, and although he may not be healthy, if he’s the guy at 149 he needs to secure some wins. Taylor Lujan will be looking for blood after giving up a pinfall loss to Missouri’s #3 Daniel Lewis, and I would think that Drew Foster would be ready to wrestle after having received a forfeit from the Tigers.

Josh Alber hasn’t looked to step off the gas anytime soon, rattling off nine straight victories since December. And Bryce Steiert looked good in a 7-1 win over #13 Connor Flynn at Missouri.