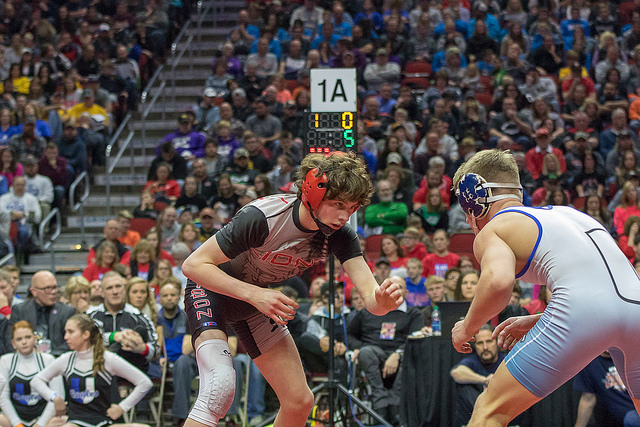 The Iowa Hawkeyes have picked up another member to add to their 2019 recruiting class as Lisbon senior Cobe Siebrecht announced his commitment to the program on social media earlier today. Ranked #1 overall at 138 pounds in Class 1A, Siebrecht is currently one of three top ranked Lions.

After just missing out on the state tournament as a freshman, Siebrecht has since made two straight finals appearances at 106 and 126 pounds. As a sophomore he finished runner-up to one of the state’s top 2020 wrestlers Adam Allard, and last winter he took second to arguably the state’s top overall wrestler, Alex Thomsen.

With just one year left, Siebrecht is making the most of his senior season as he managed to break into the national rankings this past December after he won the Independence Invitational. There he downed the formerly Wyatt Henson, and now finds himself the #16 ranked 138-pound wrestler in the nation according to The Open Mat.

Siebrecht joins a heavy Lisbon tradition who have gone on to wrestle for the University of Iowa, including his high school coaches Brad Smith and Dean Happel. He could join former high school teammate Carter Happel, who has compete at both 141 and 149 for the Hawks, and current Hawkeye assistant Ryan Morningstar was a three-time state champion for the Lions. He joins fellow 2019 commits Abe Assad and Zach Glazier.