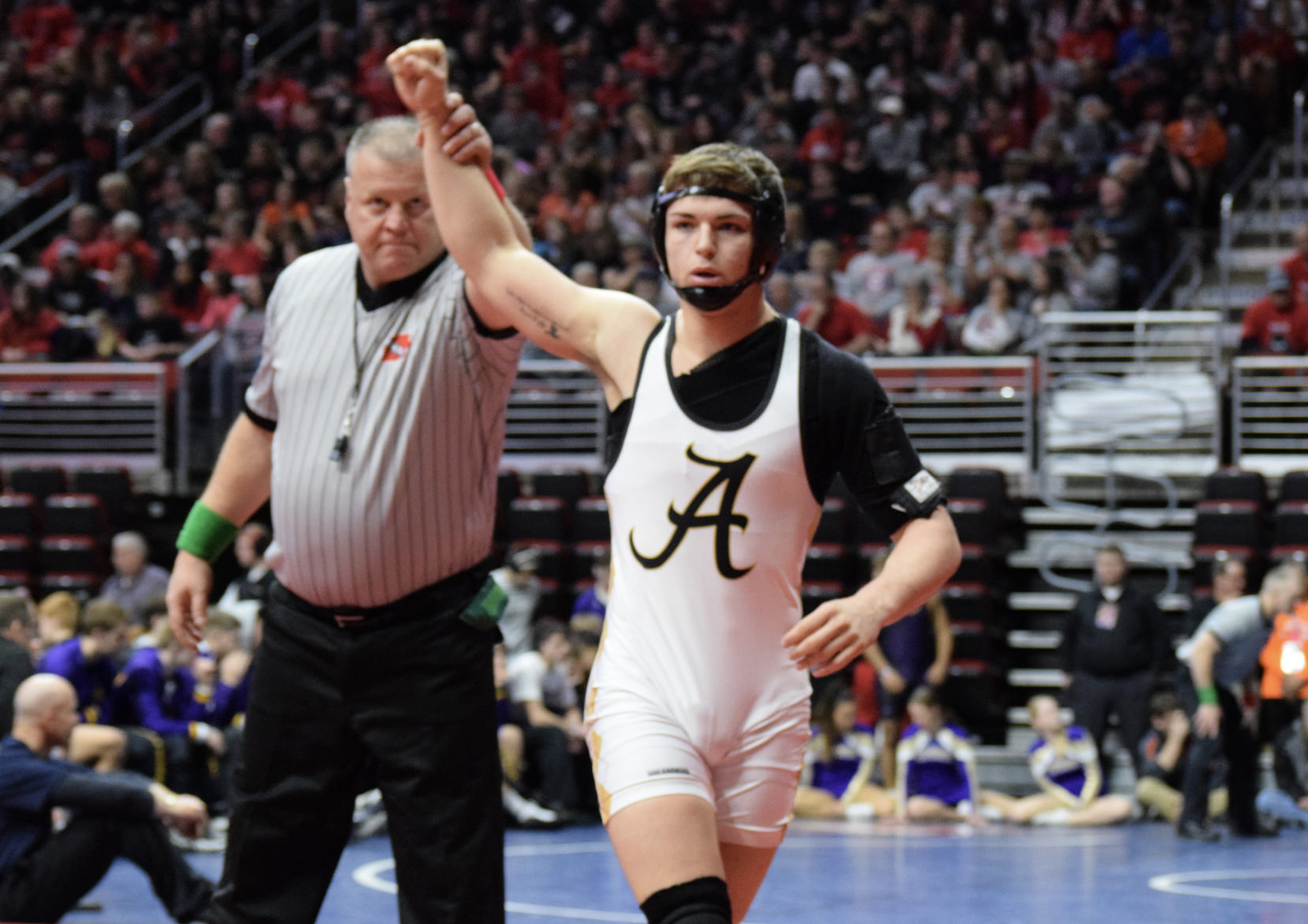 The wrestling season is finally here! For Davenport Assumption’s Julien Broderson it’s a chance to cap off his high school career a three-time state champion. Julien recently committed to wrestle for Coach Kevin Dresser at Iowa State University next fall. Broderson is currently nationally ranked No.17 by The Open Mat at 182 pounds.

It is a testament to his dedication and work ethic when you look back at his freshman year. Broderson failed to qualify for the Iowa State Tournament his first year in the high school ranks at 170 pounds, but since then he’s been on an absolute tear!

When his sophomore season rolled around a weight change followed. Broderson would go on to earn his first state title at 160 pounds against New Hampton’s Ryan Gorman by 4-2 decision.

To go along with his state title, in the summer of ’17 he was a Fargo All-American in Greco.

With a state title in hand, Julien’s junior year brought high expectations. He did NOT disappoint! He bumped up two weights to begin the year ranked No. 1 at 182 pounds. It would be a spot he wouldn’t relinquish all season. In the first round of the 2018 Iowa State Championships, Julien started his quest to go back-to-back with back-to-back falls in the first two rounds. A 10-6 decision in the semi-finals, set up a highly anticipated finals match against No. 2 ranked Kyler Fisher (also sought after football recruit) of Southeast Valley. Broderson dispensed Fisher in the second period by fall securing his second state title in as many years.

In our inaugural edition of “Slide-By” we caught up with the two-time state champion on his career and commitment to Iowa State University.

IAwrestle: To what do you accredit the vast improvement between your freshman and sophomore year?

Broderson: I focused on the little things. I’ve focused on wrestling so much throughout my life, but that summer especially, I realized how I could improve. I also worked with Coach Bush a lot!

IAwrestle: Do you like the fact that the state tournament, both dual and individual, will be seeded this year?

Broderson: Yeah, I think it’s something that will improve the tournament. I can’t think of any other sports that don’t seed their tournaments. It will make for more interesting matchups in the Semifinals, and Finals.

IAwrestle: Who are some people who have had the biggest influence in your wrestling career?

Broderson: Coach Bush for sure as well as Tristen Dshazer. Those guys are the people that drive me everyday and put me in those uncomfortable positions so that come match time, it’s not so unfamiliar. Also my dad. He has always been the person to bring me to the long distance tournaments, and if it wasn’t for him I wouldn’t have the opportunity to wrestle at Assumption.

IAwrestle: What sealed the deal for you when deciding to commit to Iowa State?

Broderson: Having a family bond. I know a lot of guys from wrestling when I was younger. Also they provided a place where I can compete in front of an amazing fan base, as well as having the opportunity for my family to come watch me wrestle.

IAwrestle: Last question, You’re on your feet down by one, :30 left, what’s your go to takedown?

Broderson: Probably a drag by or headlock.