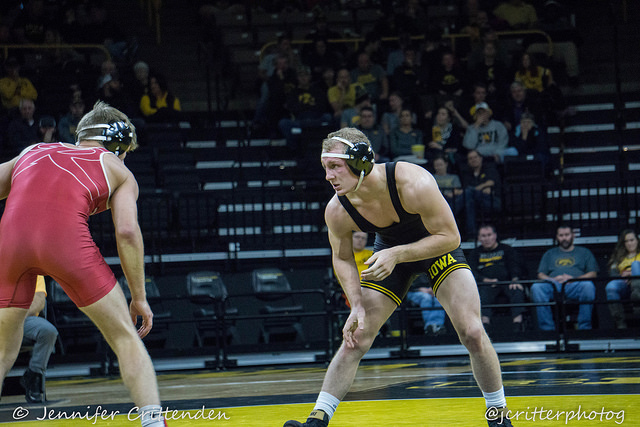 The Big Ten Conference weekly honor is the first of Young’s carerer, and the first for Iowa this season.

The third-ranked Hawkeyes return to the mat Saturday, hosting Iowa State in the annual Iowa Corn Cy-Hawk Series. Competition begins at 2 p.m. (CT) at Carver-Hawkeye Arena. Tickets are available at hawkeyesports.com, over the phone at 1-800-IAHAWKS, or in person at the UI Athletics Ticket Office.