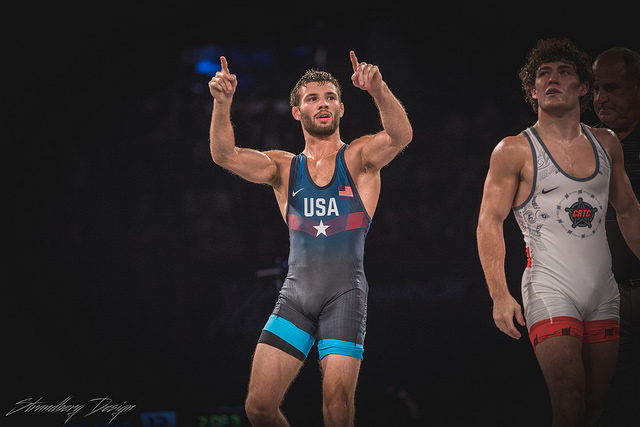 This Saturday, November 3rd at 6 PM, the American Wrestling League will hold its first ever AWL Draft LIVE from the Airliner in Iowa City. Local fans are welcome to come watch the live broadcast. The draft will also be LIVE Streamed for FREE at http://www.trackwrestling.com.

With a pool of many of the nation’s top stars, World Champions, David Taylor and Kyle Dake will serve as captains for the AWL I: THE BEGINNING. This Saturday, Dake and Taylor will choose their wrestlers at the draft: one wrestler per weight class and one alternate. Weight classes will consist of the ten freestyle international weights: 57 kg to 125 kg. Each AWL event will hold a draft. American Wrestling League President, Wayne Boyd further explained that, “with each draft, the host city and state is guaranteed six wrestling spots automatically, as the local fans deserve to see their own. The rest of the draft is at the drafters’ discretion!”

That means we could see many former stand outs with an Iowa tie be selected this weekend with an opportunity to compete on November 30th in Cedar Rapids at the Cellular Center where the wrestling will take place.

Stay tuned to IAwrestle as we provide more information following the conclusion of the draft, and selection of teams.