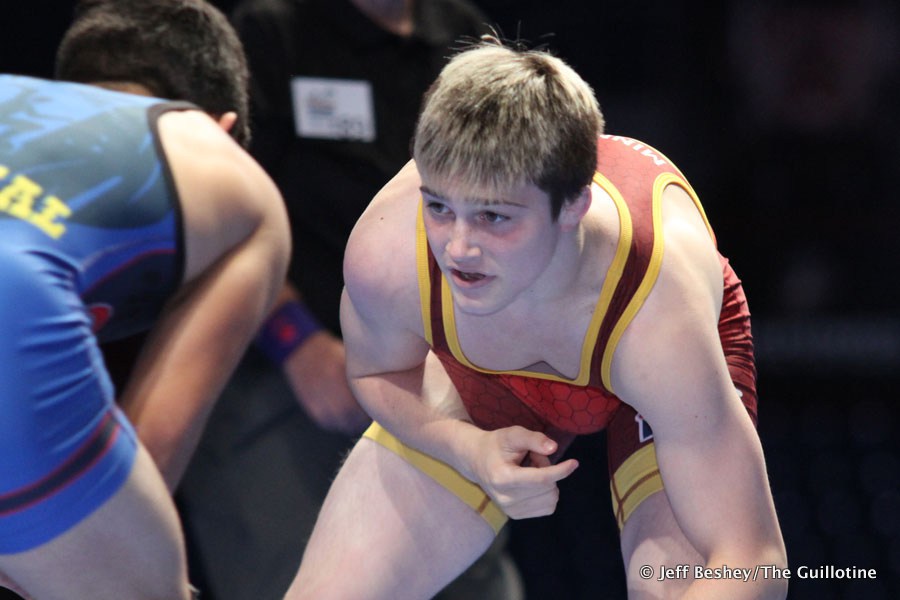 Iowa has yet to put the finishing touches on the class of 2019, but the future is already looking in bright in Iowa City for the years beyond as the Hawkeyes landed their fifth commitment for the classes of 2020 and beyond. Simley, Minnesota standout Ryan Sokol announced broke the news himself on Twitter:

“I liked the coaches a lot and I liked the atmosphere and the guys there,” Sokol told IAwrestle, “I’ve also always compared my style to that of Iowa’s and I felt like that would be the best place for me.”

Obviously Sokol is entering his sophomore season of high school, so to some the timing of this decision may feel a little early, but that’s not how Sokol views it. A lifelong Hawkeye fan, there was really never any question on where Sokol wanted to compete on the next level.

“I felt that I love the atmosphere so much and I knew in the end this is where I want to end up so why not (announce) now,” Sokol added on why he already felt comfortable making this big decision, “Ever since I can remember I’ve always loved the Hawkeyes and being able to compete for them and go to Iowa is a very special feeling to me.”

Rated Flowrestling’s #9 overall recruit in the class of 2021, many believe that Sokol is yet to hit his peak. That’s what makes projecting the Minnesota prep so difficult. Sokol himself acknowledged he could view himself competing anywhere from 141 to 157 pounds depending on his growth these next few seasons.

To date Sokol has a laundry list of accomplishments. He’s placed twice at Minnesota’s high school state tournament while in middle school, and he was considered a title favorite this past season before an injury prevented him from competing in the postseason. Prior to entering high school Sokol dominated his first year of Cadets winning the Northern Plains freestyle and Greco-Roman titles, and later that summer was crowned the Cadet freestyle national champion at 120 pounds i Fargo, North Dakota.

He becomes the first member of the 2021 recruits, though he joins fellow Minnesotan Patrick Kennedy, Iowans Cullan and Colby Schriever, and Arizona standout Jesse Yabbra as early verbals for the Hawkeyes.