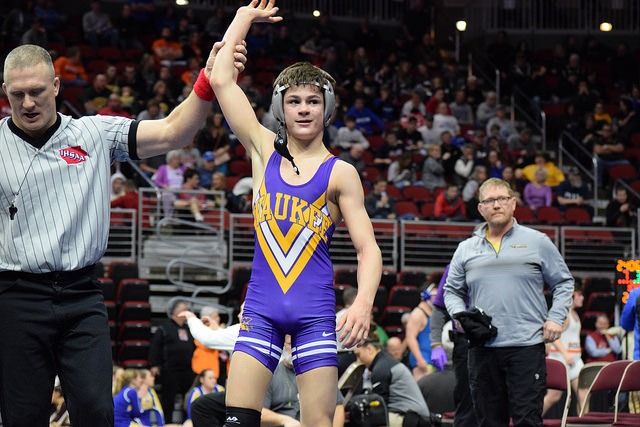 One of the powers in Class 3A has taken a hit as InterMat’s high school analyst, Josh Lowe announced that Lucas Uliano will be joining Olentangy High School in Ohio.

Can now confirm that IA 3A state third placer Lucas Uliano is now at Olentangy Liberty (OH-D1), was at nationally ranked Waukee last year. Projected 113 this year, went 106 last year. I would tab him as a mid-to-high place caliber kid in OH-D1.

Waukee as a program put in a surprise runner-up performance in both the state traditional and dual tournament, finishing behind Fort Dodge. While only a freshman, Uliano played a large role in that performance for the Warriors, putting in a third place finish in a bracket with two nationally ranked wrestlers.

Prior to this announcement Waukee was projected to return the second most points in class 3A behind Southeast Polk.