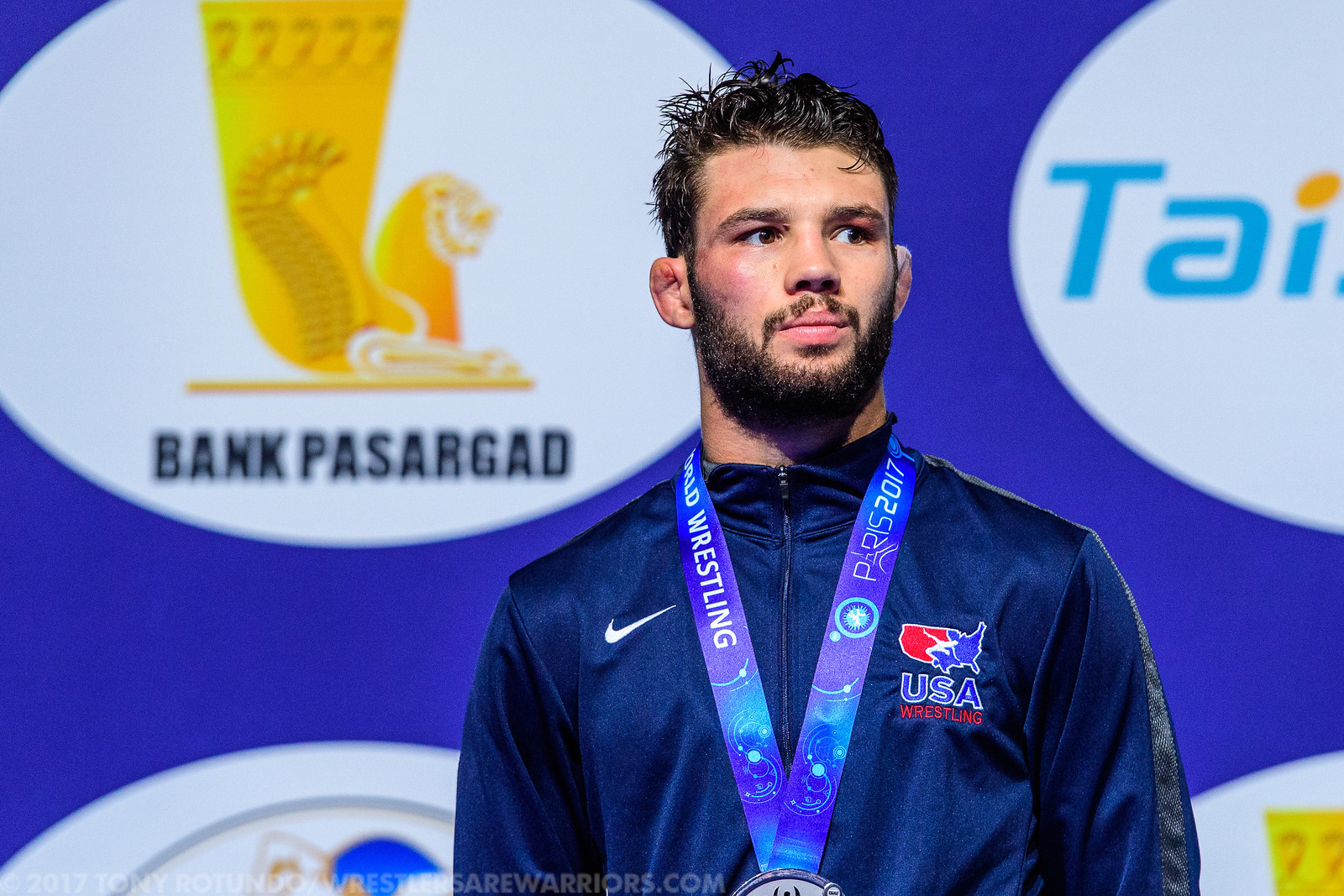 Gilman will be on the USA Wrestling team at the 2018 Freestyle World Cup at Carver-Hawkeye Arena on the campus of the University of Iowa, April 7-8. The World Cup is the annual international dual meet championship, and will feature the top eight men’s freestyle wrestling teams in the world.

Gilman, a 2017 World silver medalist, is competing in his first Freestyle World Cup.

He won a silver medal at the 2017 World Championships in Paris, France at 57 kg/125.5 lbs., competing on his first Senior World Team. He also competed on three age-group World Teams for the United States, including winning a 2014 Junior World bronze medal. He was a 2017 Grand Prix of Spain champion.

He attended Skutt Catholic High School in Omaha, Neb., where he was a four-time state champion.

Starting today, USA Wrestling will announce one World Cup participant in each of the 10 weight classes each day through March 14. In addition to these 10 athletes, additional athletes will be added to the team roster, with at least two wrestlers in each weight class.

The USA has drawn into Pool A against the nations of Japan, Georgia, and Iran. Pool B consists of teams from Russia, Azerbaijan, Cuba, and Kazakhstan. Iran is the defending World Cup team champions.

This will be the first major international event for the U.S. men’s freestyle program, since the United States won the team title at the 2017 World Wrestling Championships in Paris, France last August. It was the first World Team Title for the USA in men’s freestyle in 22 years and only the third time in history.

Visit worldcupiowacity.com for more information on the event.

Additional U.S. athletes and delegation members will also be named.