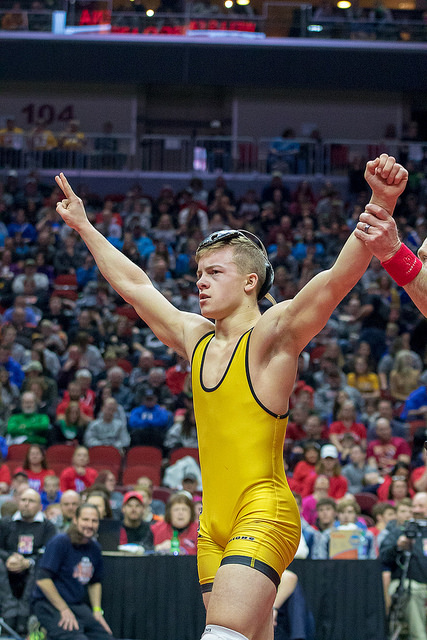 “Upper Iowa is close to home. Being near the farm and family really influenced my decision.” – Schmit on choosing Upper Iowa over Coe and Northern Iowa.

As a sophomore, Schmit won the 106 pound 1A title over New London’s Sam Loyd and then finished runner-up to eventual four-time state champion Alex Thomsen in 2017. He returned to the top of the podium this year, pinning Brady Henderson of North Linn-Troy Mills and finishing the season 47-2.

Schmit will be looking for bragging rights next weekend at War at West Gym facing Davenport Assumption’s Matt Robertson in what will be a battle between the 2A and 1A state champions.

Looking forward, Schmit plans to wrestle 133 or 141 pounds for the Peacocks.

One thought on “Donny Schmit Commits to Upper Iowa Peacocks”