2018 2A State Duals Preview And Predictions 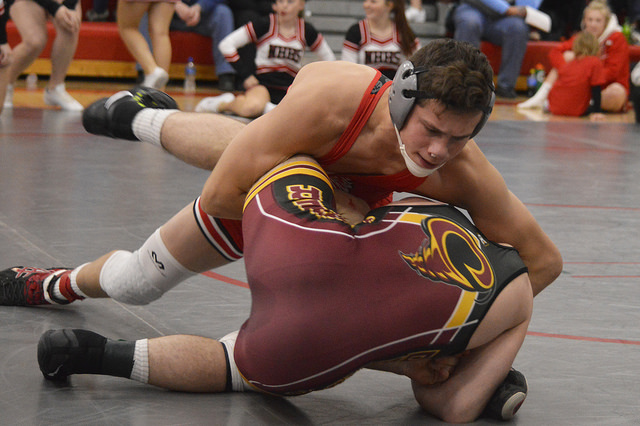 New Hampton returns to Des Moines looking for back-to-back state duals titles. They have been ranked #1 all season and have great depth led by 12 district qualifiers as well as big fire power led by #1 ranked wrestlers Michael Blockhus and Noah Fye. Webster City took some losses early on but this is not that same lineup and they have been wrestling really well as of late. Webster City comes in with 6 ranked wrestlers led by #1 Cooper Lawson and #2 Drake Doolittle. While I expect them to put up a really good fight I just think that New Hampton’s depth will prove to be too much and I look for the Chickasaws to move on.

Coach Pete Bush brings his Davenport Assumption team to state duals yet again for what seems to be an annual tradition for the program. Assumption comes in with only 2 ranked wrestlers in #1 Julien Broderson and #2 Matt Robertson but the rest of the lineup is solid and Coach Bush seems to pull all the right strings when it comes to duals. West Delaware comes in with a young lineup that some people thought were a year or two away but are proving they are ready now. They are led by 3 ranked veterans but have a really solid lineup from top to bottom. This should be a really good dual but I see West Delaware getting revenge against the Knights who knocked them out in the regional dual final last season.

Clarion-Goldfield-Dows come into the state duals with a lot of depth with 5 ranked wrestlers and a few others who are real close. They have a good mix of experienced veterans like Tanner Abbas and Spencer Trenary and young guns like Remington Hanson and Reed Abbas. Solon was the 2A runner up in duals last year and won the traditional state tournament but they graduated a lot of guys from that squad and were supposed to be down a bit this season. That is not the case as Blake Williams squad has improved all year and is wrestling there best right now in the postseason. I think that this dual could be much closer than you might think and Solon should be in it until the end but I do have CGD finding a way to win and advance to the next round.

Ballard enters the state tournament maybe as battle tested as any team in 2A. They have taken some losses but have wrestled a tough schedule and fought through some injuries. They have some highly ranked wrestlers led by defending state runner ups in Skyler Noftsger and Ben Lee. Williamsburg comes in maybe a little under the radar for some people across the state. They are led by defending state champion and #1 ranked Grayson Kesterson and while they only have 3 ranked wrestlers they have really great depth shown by there 10 district qualifiers. I think that this is a really great matchup for the 1st round and I could see it going either way. I’m going to go ahead and call the upset with Williamsburg’s depth finding a way to win the dual.

I really like this West Delaware squad and think that they will be one of the favorites in class 2A next season but I just think that New Hampton’s depth and experience will win out in this dual and I have the Chickasaws getting back to the state dual finals.

Coach Eckenrod and his staff always do a great job of developing talent at Williamsburg and they will have this team ready to wrestle. While I already talked about the depth that I think Williamsburg has Clarion is one of the few teams that should be able to match that depth. Clarion also has the studs to lead them and score some bonus points in this dual which I think will make the difference. I look for Clarion-Goldfield-Dows to move on and set up the #1 vs #2 dual in the finals.

It is always fun when seeding works out and you can see the top 2 teams face off in the finals and I think we will get to see it here in class 2A this year. Both of these programs have built great traditions in recent years and we have come to expect them to be in contention year after year. Clarion-Goldfield-Dows has had a lot of guys who have been ranked this year and have another really good squad that should be in the mix in both duals and traditional state. However, New Hampton has been #1 all season for a reason. In my opinion New Hampton has the best mix of top end talent and depth and that will make them really tough to beat in the duals.

Both of these guys have spent time at #1 this season and both has an argument for that top ranking. They should finally get the chance to settle it on the mat and this might not be the only time they meet in the finals in Des Moines.

3 thoughts on “2018 2A State Duals Preview And Predictions”