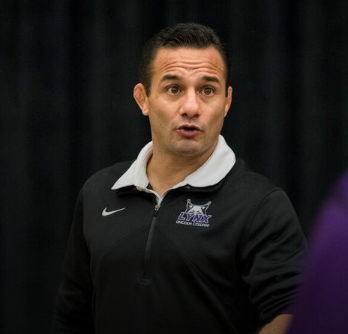 RIVERSIDE, Calif. — Just in time for the postseason, No. 9-ranked California Baptist University announced the hiring of Mike Mena as Assistant Wrestling Coach.

“Mike has a wealth of experience both as a DI competitor and coach,” said Coach Lennie Zalesky. “I am confident that Mike will have a big impact on the CBU wrestling team as we transition forward.”

During his collegiate career at the University of Iowa, Mena was a Big Ten Champion and four-time NCAA All-American. All four years at Iowa, the Hawkeyes won the conference championship and won three NCAA National Championships.

“I am honored to serve as assistant wrestling coach at CBU,” said Mena. “I would like to thank President Dr. Ronald L. Ellis, Vice President Mr. Kent Dacus, Athletic Director Dr. Micah Parker, Assistant Athletic Director Joey Logan and Coach Zalesky for this wonderful opportunity. Thank you and Lance up!”