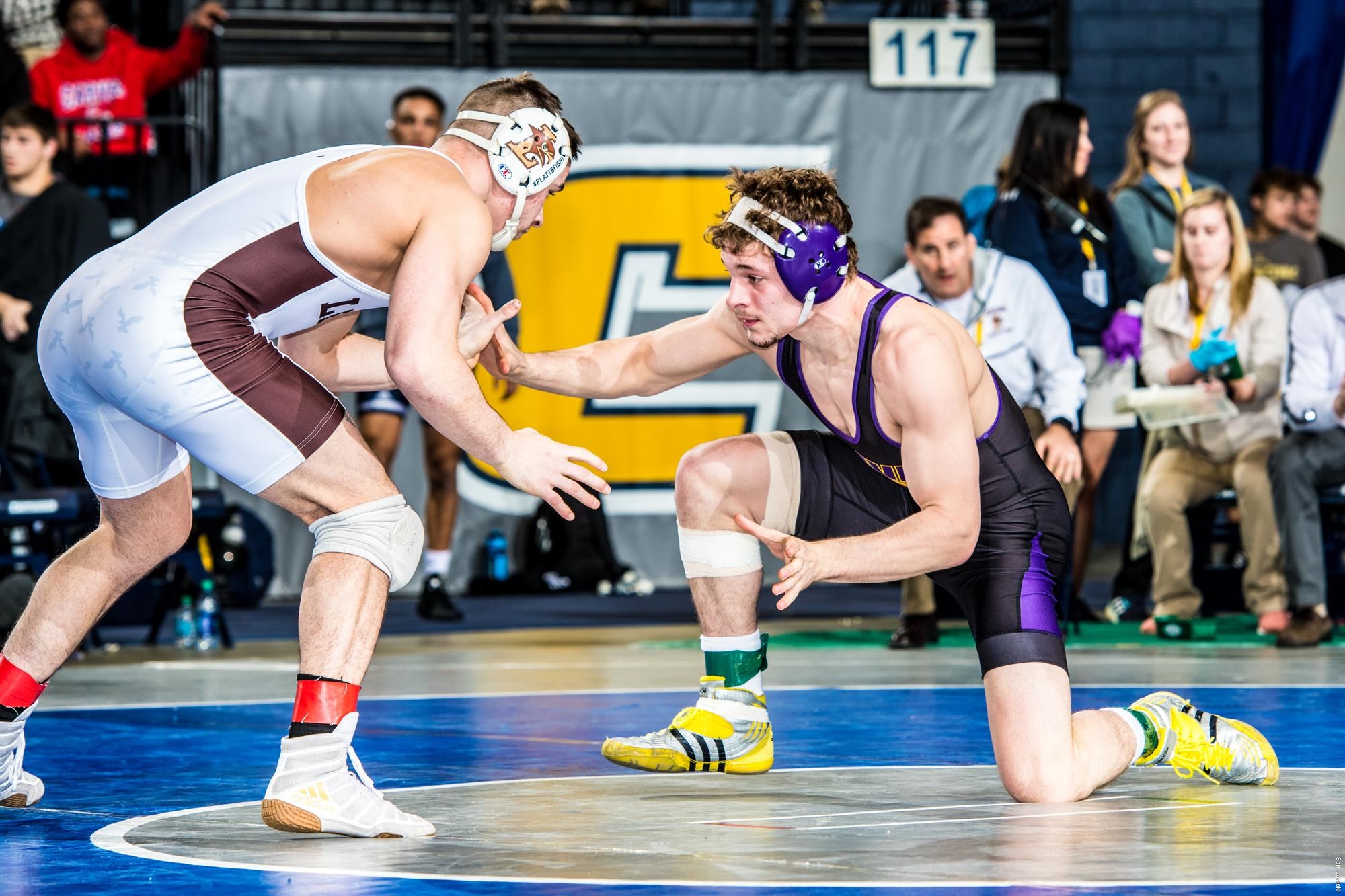 The Panthers take their undefeated Big 12 record on the road this week to conference foe South Dakota State. The #20-ranked Jackrabbits are coming off a 20-18 win over Wyoming on Friday night. That dual saw the rare match of #1 vs #1 at 141 pounds, after SDSU 133-pound number 1 Seth Gross bumped up to take on 141-pound number 1 Bryce Meredith. Meredith proved to be too much for Gross, winning 4-2.

UNI comes in after taking third place at the Virginia Duals last weekend, upending Oklahoma 25-9 in the third place match. UNI went 3-2 on the weekend, dropping a 24-16 match with Arizona State in the championship semifinals. SDSU has also lost to ASU this season, a 25-13 loss in Tempe last November.

Going 5-3 in those matches is good for the Panther, proving that he can compete with the top men this season. Lujan will take on #6 David Kocer, who is coming off a Midlands finals appearance and has a won all four of his matches since. Doug Schwab talked about Lujan’s footwork needing improvement against Valencia this past weekend, and it will be interesting to see if he can make any adjustments against Kocer.

The only other match featuring two ranked wrestlers comes at 197 pounds where #14 Jacob Holschlag will take on #11 Nathan Rotert. This is a rematch of a backside NCAA match from last season, which Rotert won 4-1. Holschlag is coming off a pair of wins last Sunday, winning by fall against ASU’s Cade Belshay and by decision against Oklahoma’s Andrew Dixon. Rotert is no slouch, he has a 14-1 record with his only loss coming to Frank Mattiace of Penn.

The dual, like so many this year, may come down to bonus points. With seven matches between a ranked and unranked wrestler, one might expect the ranked man to win by at least a major in each of them. That would favor UNI, as they have four matches with a ranked wrestler against SDSU’s unranked men. Jay Schwarm, Josh Alber, Max Thomsen, and Drew Foster should all be looking for bonus points, because the dual could swing on any of them not getting them.

The only match that doesn’t feature at least one ranked wrestler is at 165, where Dan Kelly or Isaiah Patton will take on SDSU’s Zac Carlson. 165 is the weight that needs the most help for the Panthers right now and getting any sort of victory here would be big.

This could be a dual that propels the Panthers into a strong second half of the year going into the Big 12 and NCAA Tournaments. This is one of the few chances they’ll have to get their hands on Big 12 opponents before the tournament this season and they need to take advantage of it. Whether or not they win the dual getting hands on opponents they may see later in the year is always helpful.

We’ll have results throughout the match in Brookings on Sunday and a recap of the dual. Check back here and be sure to follow me, @nic_ryder, and @IAwrestle on Twitter for the quickest updates!