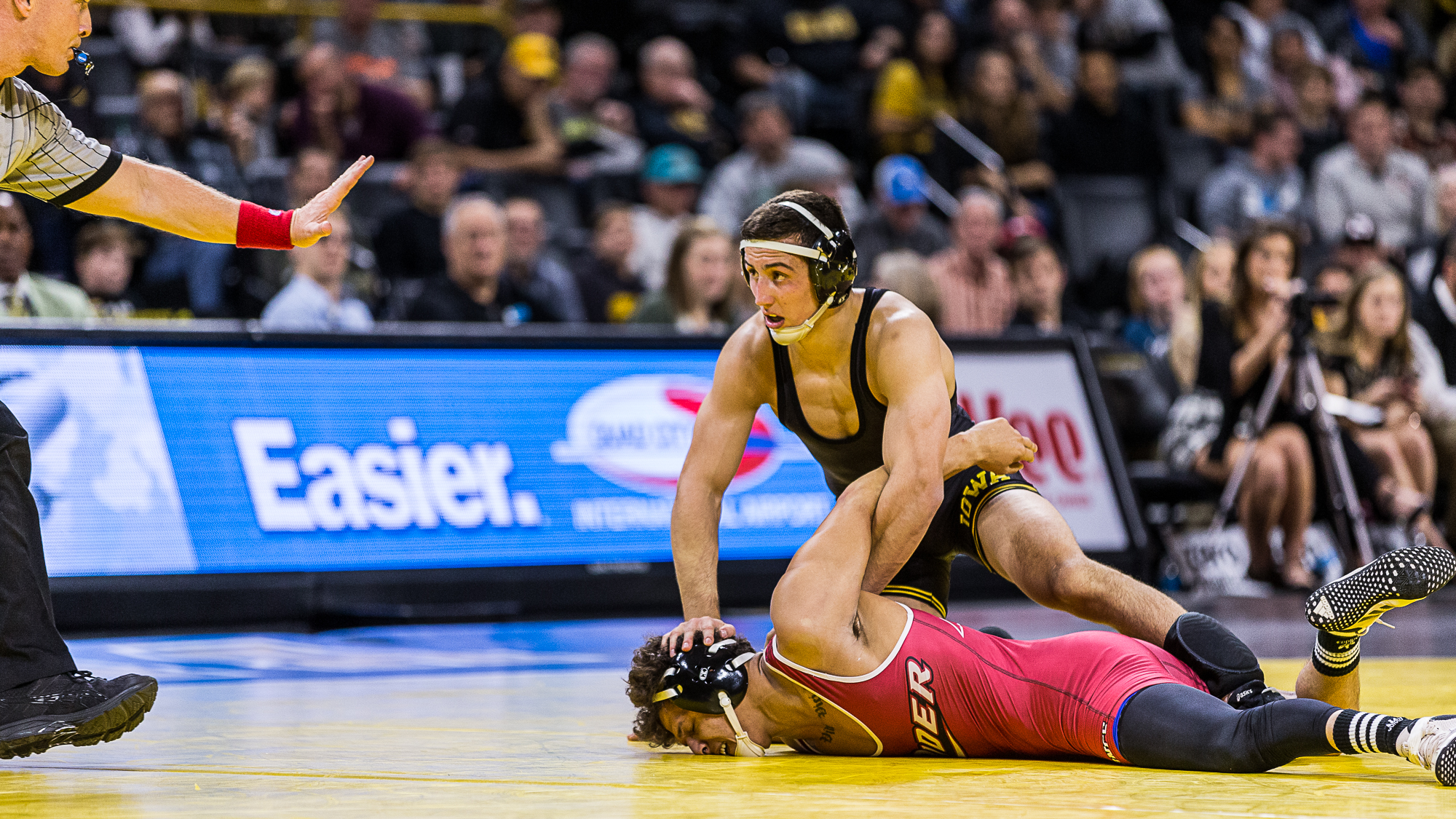 Here we try to give you an educated guess on how many wrestlers all three state schools could advance to the Division I NCAA Tournament in March, including Iowa natives wrestling at colleges out of state.

Some conferences have held the same number of teams for the last three years like the Big Ten, so those conferences were easy to calculate an average for. Other conferences like the Big 12 have changed over the last three years so qualifiers needed to be moved around to get a true average. For example: Northern Iowa’s seven qualifiers from last year were subtracted from last years MAC Conference totals and added to last years Big 12 Conference totals and so on. Weight class strength in a given conference can fluctuate year to year, but the numbers show it is actually quite consistent.

These numbers are not a lock to what will happen, but they should give an idea to who is a almost a guarantee, who is on the bubble, and who is on the outside looking in to getting a berth to the national tournament.

These projections are based on two things:
1.) Average qualifier allocations each conference gets for each individual weight
2.) The December Individual Conference Rankings on Flowrestling

We will revisit this data again towards the end of January/early February when the new rankings come out and see if any of the qualifiers have changed.

Here are all of the wrestlers from one of the three State Schools and Iowa Natives wrestling and starting for their team out of state.

(All rankings are from Flowrestling)

Here are the 2 or 3 year averages of how many qualifiers each conference is sending to NCAA’s per weight.

Now what the heck do all of these charts mean?  Here is a list showing who will qualify based on data from above.